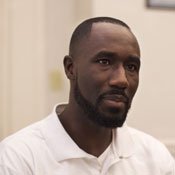 The Jackson Free Press recently completed editorial-board interviews with each of the major candidates for mayor. As this process evolved, so did our questions. In the interest of fairness, we sent all the candidates the full list of the questions in order to give each an opportunity to answer questions they may not have had an opportunity to answer. We will post each as and if the campaigns send them back.

Why are you running for mayor?

Right now, experience matters. And the city deserves someone with experience. I have led people and been an administrator and had to administrate budgets over $1 million and people – overseeing a group of more than 100 at a time. As a pastor, I’ve had to balance compassion and discipline; quantitative and qualitative. I can look at both of them and strike a balance. I have to do it all the time.

Passion is great, but you have to have the experience. When I say experience, I was talking about the experience that connects you to people. I wasn’t just referring to having experience on the job. I mean still having passion for the people who turn on you. And when this is over, that passion is so deep that I will still love those who tried to destroy me. It’s bigger than me. I’m committed because of Cory Williams, LaKenya Bolden, June Bug, and Joe who called me to put money on his Greendot. I am connected to this people and not because I’ve been around it or I read about it, because it’s how I grew up. My commitment is tied to my connection as the community.

What initiatives of Mayor Chokwe Lumumba's do you plan to continue and build on?

The priority, from day 1, will be to fill the commission vacancies and create a master plan so we can begin work on infrastructure and roads.

Which of Lumumba's efforts do you disagree with and plan to discontinue or change?

As council colleagues, 95% of the time, our views mirrored and that 5% in which we differed, it had to do with the methodology.

Lumumba was seen as a unifier from vastly different parts of the city? How will you build on that progress?

I’ve always had the opportunity to be in diversified settings. From high school to college to now. I’ve been doing reconciliation ministry since I was 18 years old, so unifying and bringing people together is not an issue for me.

Should JPS board members be elected or appointed? Why?

They should be elected if we are concerned about accountability. As it stands, there is no accountability for the school board. Through an election process, it gives the people an opportunity to hold those persons directly accountable for the $300+ million budget that they have the fiduciary responsibility for.

What could/would you do as mayor to improve the public-school system in Jackson?

Right now, we have to improve upon our partnership. There is no real partnership; there’s no hand-in-hand. So through relationships I already have, Alignment Jackson and other initiatives that I have been apart of with the school system, we’re going to build on those relationships, engage each other, specifically as it relates to our budgeting process. Our budgeting and finance teams will meet frequently as part of the budgeting process as we move forward. Another thing is we will encourage the school district’s strategic plan; you have to be a cheerleader for the district. Then as a parent, I’m going to hold the school district accountable anyway. I have 2 children in the school system and we don’t get the option to sending them to private school. And my hand is directly on the pulse, because I’m getting midterm progress reports.

What economic-development would you lead and how? Where in the city?

Economic development in our city will be comprehensive. Right now, we are missing a comprehensive economic plan. There is a lot to be said about Highway 18. The traffic count is monstrous. We must take advantage of that.

And we have to look at Highway 80 and how we encourage developers and businesses and how we maintain and stabilize businesses in those areas. Those are key.

What should happen next with Farish Street?

I think our scope needs to be expanded. I think we have narrowed our scope and we’ve become so fixated on Farish Street to the degree that it’s become our Achilles’ heel. Under my administration, we will work to expand the entertainment district so we allow for multiple opportunities for entertainment growth in our downtown versus allowing one project to keep us stalled. So in the meantime, we will encourage other developments and others by providing incentives through expanding the entertainment district which gives people the opportunity to tap into state tax credits.

What should happen next with the Jackson Redevelopment Authority?

The first thing that will happen is we will create a process that injects the City Council in the vetting of projects that come through. There is an Economic Development committee that I created when I served as City Council President. That committee will be engaged in that process that happens at JRA before projects are sent to the City having already been vetted by JRA. That’s immediately.

Talk about how you would work with other governments, including the Hinds County Board of Supervisors, the Legislature, the congressional delegation. What connections do you have who could help Jackson?

First, we’ve got to talk about collaborations in the form of MOUs, inter-local agreements, and collaborating with law enforcements and other government agencies around the tri-county area and within the county. Specifically, we will collaborate with the Board of Supervisors on grant opportunities. One example of that is we had the Hinds County BOS come before the Council asking for funds to help with a grant they’d received but needed matching funds for. The Council could’ve helped fund that matching monies had we known early; and it could’ve been budgeted for. And now there’s a chance that those funds will go back.

As for the state legislatures, we have friends in both the Senate and House as well as Democrats and Republicans. They all believe that Jackson is the core city and it’s where everything starts and ends. I have great relationships with the Supervisors as well. We will most definitely be massaging those relationships as well as looking forward to developing new ones.

I cast vision, delegate, and I inspect what I expect. I use those inspections to measure growth over time. I look at the growth and compare it to where we are at that time versus where we think we ought to be, then we adjust the instruments in order to meet the goals we have set. Again, I cast vision, delegate and I attempt to pick the best team possible that I can. Once I’ve done that, I inspect what I expect. I use that because I consider it to be scientific measures. Everything has to be analyzed objectively, and there is some subjective insight that goes into that. But something as delicate as this, we have to use some scientific measures.

What needs to happen to prevent crime in Jackson? What can the city do?

The city has to do a better job of helping neighborhoods organize & stay organized, create covenants, and support the covenants they create. We have to do that; that is our responsibility. Then we have to incentive Neighborhood Associations (NA) through grant opportunities. Also we will empower NAs to develop a connected relationship with the police department. We will be challenging the police officers to engage property owners. So in other words, we aren’t just driving through but getting out their cars and in return, people will learn who their police beat officers are. Also, we will collaborate with the Sheriff department and other agencies who help give us some support in areas where JPD has been doing everything. For instance, JPD doesn’t need to be on the interstate giving tickets; that’s why we have the highway patrol. JPD doesn’t necessarily need to go to Tier 1 calls. I believe some of those calls can be re-routed to the Sheriff department.

Also, we are going to support officers through incentivizing through a quality housing program and a clear career path. We will finally develop a precise career path for officers. Through the incentive piece, officers will be able to drive their cars home. What it does for the neighborhood is that those homes are less likely to be broken into just by criminals seeing police cars in the neighborhood.

Would you hire/appoint differently from Mayor Lumumba? Why or why not?

I don’t know how he appointed people. As for me, I will appoint people those that have the expertise, skill set, and credentials to exceed the job description.

Would you support an LGBTQ rights resolution in Jackson as Starkville, Oxford and Hattiesburg have passed? Why or why not?

I support human rights for all human beings in the city of Jackson, as a city employee nor under my purview. It would be hypocritical for me to talk about a compassionate, loving God I serve and not look out for all human rights.

Are you running negative robocalls or advertising against other candidates?

Who are your largest donors, and how much have they given?

My largest donors are myself, Socrates Garrett, L. Jones, M. Wallace, E. R. Mitchell who are all African Americans. Refer to the financial report.

What would you change about government transparency?

Right now, we do not have a process for transparency. Transparency is more than a word; it’s a process. And it has to be scripted by stating, “Here’s how we are going to be transparent…”. So will have a scripted part and use it in conjunction with what’s already been done.

One of the first actions I took as city councilman was to fight for transparency with city affairs by spearheading the live streaming of city council meetings for you— the citizens of Jackson. You deserve to see how and why decisions that affect you are made, and coming to City Hall at 10 am or 6 pm for city council meetings should be your choice. As mayor, expect a continuation of a modern approach to communicating and caring for you.

Do you support the "One Lake" project? What should happen next?

I’ve heard both sides – environmentalists and businesspeople. I’m not necessarily ready to commit either way because I don’t have enough information just yet to make an informed decision.

Do you have anything you'd like to confess that other candidates may try to use against you?

Refer to the JFP interview.