A Night of Majestic Music and Worship 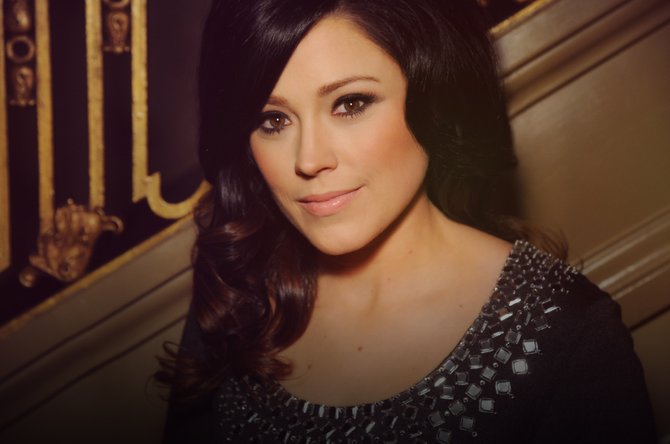 Kari Jobe has been ecstatic about releasing her latest project, "Majestic." In support of the album, which hit stores March 25, Jobe is touring across the U.S. and is stopping in Brandon at Pinelake Church on April 5.

Jobe describes her music as "inspirational acoustic rock." She says she is "really honest with (my) lyrics and found inspiration and hope in difficult times."

"I draw inspiration from other artists that are honest in their lyrics like Katy Perry and Taylor Swift," Jobe says. "Those are women who speak truth based off of personal experience. I feel like I am the same way in my songwriting, just from an overtly Christian perspective."

With "Majestic," Jobe took a different approach for writing and recording. "I usually write songs for the radio, but this album is a glimpse of what it's like to experience worship with us at one of our shows," she says. Jobe recorded "Majestic" live at the Majestic Theater in Dallas.

The accompanying DVD is a new excitement for her as well. "It was a dream of mine to make a live DVD," she says. "I was inspired by live DVDs when I was younger, so I was glad we were able to capture the experience of the album."

Jobe's highly personal album is a glimpse into the artist's life and "the seasons that Christ has brought me through," she says. "I also wanted to show that you can have a church service anywhere. As long as Christ is there, you can worship him."

Unlike other Christian artists, many of whom take a more indirect approach to their message of Christianity, Jobe makes no secret that her message is explicit and that this album is "even more direct than the last one. This album is made for a church service."

Jobe feels strongly that the performance at Pinelake will affect attendees in a positive way. "Rend Collective is a fun band that may be different than what most people have heard, and then we'll spend a night worshiping God in a way that anyone can relate to," she says. "This new album makes sense to my fans because they've experienced my concerts, but anyone who wants to experience the truth that the cross of Jesus brings can enjoy our show. You can expect an uplifting and encouraging night. People and expect joy and hope as well as the experience of being encouraged in the presence of Christ."