Candidates You May Not Know | Jackson Free Press | Jackson, MS

Candidates You May Not Know 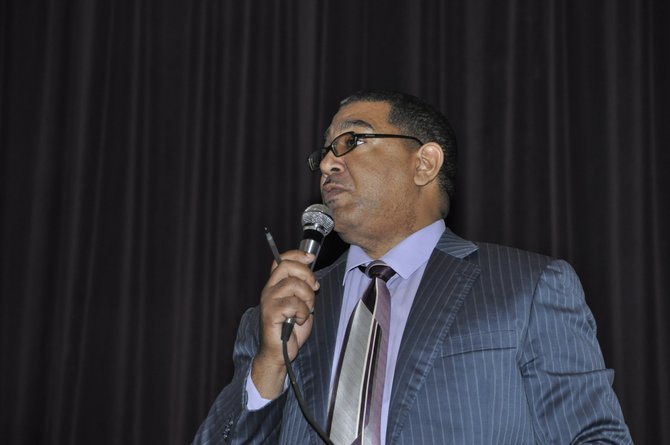 As Election Day draws near to replace late Mayor Chokwe Lumumba, many of the official mayoral candidates are doing their best to draw in more supporters, but what about the lesser-known candidates?

The number of mayoral candidates finally topped out at 13, with many people are wondering who exactly these other candidates are and the reasons behind their candidacy. Jackson Free Press held a series of phone interviews over the phone with these candidates, and sent them candidate questionnaires. 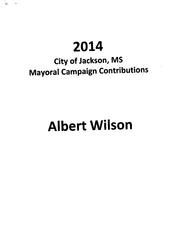 Albert Wilson, 48, grew up in Jackson and said he felt obligated to enter the mayor's race because he feels that many issues relating to business are not being addressed. Wilson has a background as a business owner and is the founder and executive director of Genesis and Light Center, a nonprofit community-based organization geared toward addressing obstacles confronting at-risk youth and families in Jackson. He also serves as a motivational speaker and mentor at churches and local schools.

Wilson explained that his platform is comprised of three major points: boosting the economy, furthering the development of Jackson citizens and marketing businesses that already exist in Jackson.

"What qualifies me to run for mayor is the experience and knowledge I have gained from running a successful business," Wilson said.

"Not only have I written budgets but implemented them, done payroll, developed diversified funding sources,—not just depend on citizens' taxes and fees—created jobs and services, completed reports, written grants, managed funds and marketed a business." 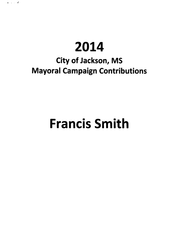 Pastor Francis Smith, 51, grew up in Indianapolis, Ind., but has lived in Jackson since 2002. He is currently the pastor for Total Praise and Worship Church.

Smith said that his characteristics of "integrity, ability, experience, and honesty" made him decide that he should run for mayor. His major concerns are education, crime and infrastructure. He said in his interview that he believes education is the key factor in remedying many of Jackson's problems.

Smith participated in the first two mayoral forums. When he made an appearance at the third mayoral forum, located at Rose E. McCoy Auditorium at Jackson State University, organizers told him that he was not listed to participate alongside the seven candidates commonly considered the top seven contenders. Smith said he has filed a complaint with the FCC about WLBT's decision to remove him from the forum.

"WLBT denied me the rights to be a part of that debate," Smith said. "I am qualified as a candidate to run for mayor, and I also meet the qualifications of their criteria. ... I never had contact with WLBT. ... I'm not just doing this for Francis Smith—I'm doing it for the other candidates who were not even involved in this debate. I think it has to be fair across the board."

He is a retiree from Delphi Packard Electric and is running for mayor so that he can continue plans that late Mayor Lumumba began, which he says means fixing Jackson streets and water systems, reducing crime and giving more recreation to youth.

"My concerns are the same concerns of all the Jackson citizens," Reed said. "... The concern that I have is to hear what everyone has to say. I can work with people. I can get along with people. I understand their concerns." 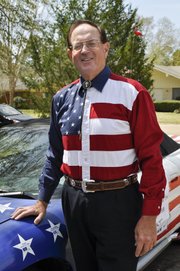 Kenneth A. Swarts, 57, who was born in Germany but currently lives in Jackson, works as a Pizza Hut delivery driver. Swarts said that he decided to run for mayor because he believes that his job working with the public has prepared him to make decisions for it. He cited increasing tourism, expanding businesses and fixing Jackson streets as his main concerns. He also said that he plans to keep his job as a delivery driver if he wins the election.

"Then, I'll have two jobs that I love," said Swarts.

Rodrick "Rod" Walker is from Jackson and works as a contractor, but he finds his current job to be "disrespectful and involved in nepotism." Walker says that he decided to run for mayor because he finds it difficult to "maneuver through the city with no one being accountable." Walker stated that he wants to provide a direct line between local college graduates and employment opportunities, but he declined to speak further about his main concerns.

"That's all I can reveal to you today," Walker said. "I will see you April 4th (at the WAPT mayoral debate), and they better be ready."

Gwendolyn Ward Osborne Chapman, who works as a substitute teacher, is also in the running for mayor but could not be reached for an interview due to non-working telephone numbers.

However, she was present at the mayoral forum Wednesday, March 26, at the Masonic Temple cafeteria where she talked about how if she becomes mayor she wants to return Jackson to a "working order." Chapman also made an appearance the next day at the WLBT mayoral forum, but organizers told her that she was not listed to participate.

Tonya Brooks and Tammie Patterson, who were originally listed as municipal candidates, were removed from the running due to conflicts with the signature requirements needed to qualify.

Patterson talked to the Jackson Free Press about the matter, expressing confusion. She explained that the reasoning behind her name being cast out was due to many of her signatures being from poor or homeless citizens.

"Those who experience poverty—that's who I'm fighting for," Patterson said.

Written answers will be posted at jfp.ms/jxnmayor.