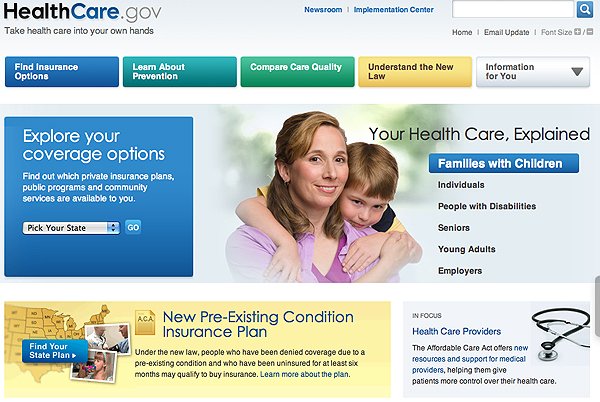 Jeffrey Zients, then acting director of the Office of Management and Budget, testified before the Senate Budget Committee in April.

The troubled federal health insurance exchange will be fixed by the end of November—two weeks before the Dec. 15 enrollment deadline for coverage to take effect in January, Obama administration officials said Friday.

"Healthcare.gov is fixable," said Jeffrey Zients, the former Obama budget official and entrepreneur who has been charged with overseeing repairs to the online federal marketplace. "We are confident that each week, the site will get better, and by the end of November, healthcare.gov will operate smoothly for vast majority of users."

Zients told reporters Friday that dozens of things need to be fixed to enable consumers to shop and enroll on the website that is the door to health coverage in 36 states for people who don't get insurance through their jobs. Fourteen other states have their own online exchanges, most of which are functional.

Millions of consumers have been unable to use healthcare.gov since its Oct. 1 launch due to software and hardware problems. Just one third of users trying to complete an application on the website have been able to do so, Zients said.

Nonetheless, about 350,000 people have been able to complete the process of determining if they are eligible for federal subsidies or Medicaid, the state-federal health program for the poor, administration officials said. Users have to complete a lengthy online application for that before they can begin shopping for coverage.

Though people need to sign up by Dec. 15 for coverage beginning Jan. 1, open enrollment runs through the end of March.

Zients said the Department of Health and Human Services has hired Quality Software Systems Inc., or QSSI, a subsidiary of UnitedHealth Group, to serve as a general contractor overseeing all the fixes to the site. UnitedHealthcare, the nation's largest insurer, is also owned by UnitedHealth Group.

QSSI helped build the federal data hub for the online marketplace, which helps check a user's identity, income and residency status. It was not disclosed how much the company would get paid for the new assignment.

"It makes sense for them because they are familiar with the complexity of the system and they have done a good job already ... and they have the expertise to address these problems right now," Zients said.

Among the major goals is to ensure the website provides accurate information to private insurers about the people signing up for coverage, Zients said.

CMS spokeswoman Julie Bataille said users who have not been able to complete their applications on the website should wait to get an email explaining how to move forward. "As we work though the issues, we will be communicating directly to consumers involved," she said.

Zients is providing short-term advice, assessments and recommendations to a team that officials say has been working around the clock to fix healthcare.gov. Last month, Obama announced that Zients would take over next year as director of the National Economic Council, becoming the president's chief economic adviser.

After a career spent as a management consultant and entrepreneur, Zients has served twice as deputy director of the Office of Management and Budget for the Obama administration.

Maybe the team should of launched this in phase of the United State; by time zones. With this approach, if there is an error that presences itself in phase 1, the team can identify, quarantine and correct the glitch in that phase, then carry-over the correction to support the next launch phases. This approach might be more controllable than a mass launch into a single location. We see this in the gaming world when there are major title launches(yes, I'm telling my age a little). Servers become overloaded to the point they cannot operate and errors occur. With these, user are unable to use the online service for a period of time. I do believe the team believe it will be a strong hit at launch, but maybe still greatly underestimated the demand of its traffic.

I wonder will the team see the impact of the delay and possibly push back the deadline to offset the duration of correction for the population in need. Well see though. Good luck.