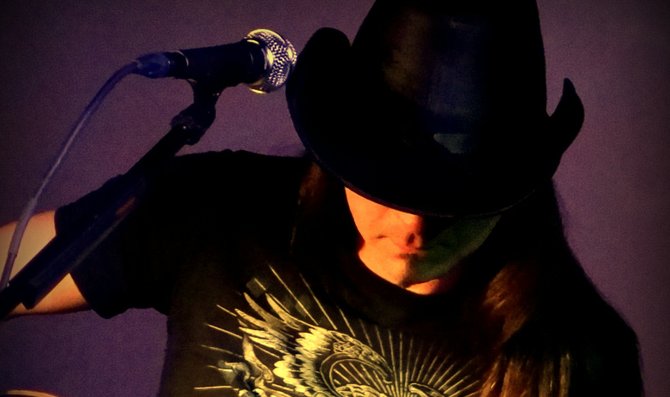 From country to folk, it is easy to find a guy with a guitar in Jackson, singing his heart out, most nights of the week. For singer-songwriter and Pearl native Aaron Coker, 33, standing out in that crowded field took dedication and good old-fashioned showmanship.

"I always put on a show, more than just play music," Coker says. "You have to engage the audience, whether that's with the lights or just an ability to read the crowd."

Part of engaging the listener for Coker means that his set lists act as guidelines rather than rules. "When there are different styles of audience members, I'm able to jump in and see that and relate to them," he says.

Coker says his personal style ranges from country to classic rock to rhythm and blues, but no matter the style, he writes with a stage mindset.

"Everything I write has a full band in mind—a full sound and whole package," Coker says. "Usually, I write on an acoustic (guitar), but ... I'm hearing drums and lead parts and bass lines."

Though Coker approaches creating music as a band experience, he says the city responds better to acoustic players. "Around the Jackson area, it's been easier to do acoustic solo shows because of the venues," Coker says. "A lot of them are restaurant-style, family-friendly and subtle. At those, people don't like eating to a full band."

"The goal in songwriting is to touch someone's life, to write in a way that tells them other people are feeling the same way," Coker says. "It either helps them to remain happy or comforts them in a bad situation. Acoustic is raw, touching and emotional music. It gets people's attention on a different level than a band."

Overall, Jackson audiences have been accommodating in Coker's musical pursuit over the years. "People have always come out to the shows and stayed for a long time (and) bought my live recordings. It's a very supportive, very friendly place," he says.

Coker has big plans for his future. "The all-time goal is to get a platinum record, to perform in front of sold-out arenas," he says. "I always dream big, and I don't think I'll stop until I hit that mark. Even if I did hit it, I know I won't stop."