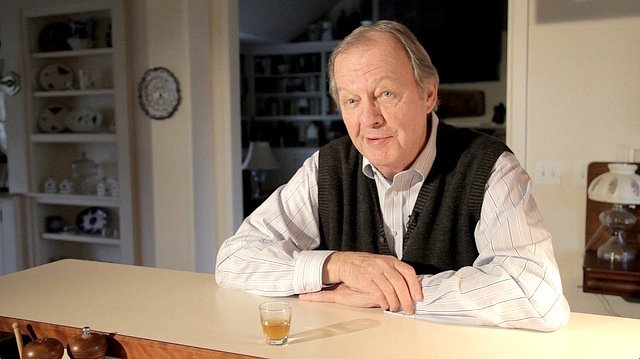 Before "foodie" culture had come into vogue like it has today, people like John Egerton were rarer—people who studied and documented regional cuisine without pretension, drawing deep-rooted parallels between a people and their fare. His 1987 book, "Southern Food: At Home, on the Road, in History," is a literary staple for culinary enthusiasts, an examination of the author's native South in an attempt to find the history and life force of the area through the dishes that appear on the table.

"Southern Food" helped instigate the attention that southern cuisine has garnered in the past few decades, but Egerton's larger body of work has provided a greater understanding of all cultural aspects of the modern day American South, not just food.

Egerton's contributions to the cultural and historical landscape will be missed. He died of an apparent heart attack at his home in Nashville last Thursday at age 78. His death has spurred numerous responses from other friends, writers and southern culturalists alike, including John T. Edge—the director of the Southern Foodways Alliance (a program that Egerton helped create) at the University of Mississippi—and Jack Bass, another journalist and writer who teaches in Oxford.

Though Egerton will be most remembered for his book that attempts to capture the essence of the southern dining experience, he wrote several other works of nonfiction that are just as important to the general southern experience, including "The Americanization of Dixie" (1974) and "Speak Now Against the Day: The Generation Before the Civil Rights Movement in the South" (1994). Egerton, in this regard, was more of a cultural analyst than a culinary expert, exploring themes of racial division, the late 20th century homogenization of the American South and the disintegration of the micro-community environment that characterized the southern United States in its past.

Egerton was born in Atlanta, Ga., and raised in Cadiz, Ky. He went on to serve in the Army in the late 1950s before graduating from the University of Kentucky in 1958. After attaining a master's degree in political science in 1960, he worked in public relations and journalism before becoming a freelance writer in 1971. He wrote "The Americanization of Dixie" shortly thereafter and became a voice for a part of the nation that was in the midst of considerable social and economic change.

Throughout the changes that Egerton witnessed and documented in the South, he kept an impenetrable devotion to his home and the people that made this region home for him. In "Southern Food," you can still feel his fondness for the prototypical southern dinner:

"When the chemistry is right, a meal in the South can still be an esthetic wonder, a sensory delight, even a mystical experience," Egerton wrote.