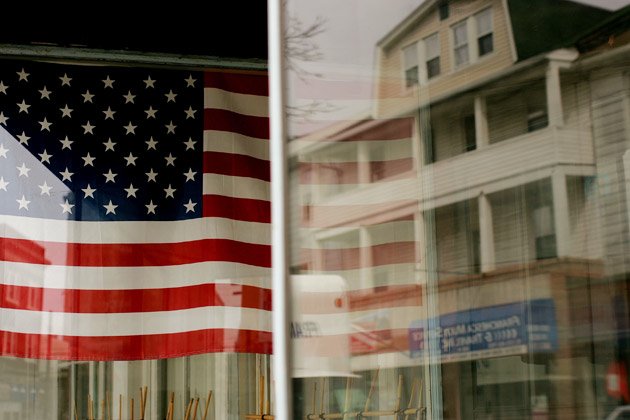 In July, HUD issued a proposed regulation that for the first time clearly defined the steps local and state governments that receive HUD funding must take to examine housing segregation based on race and show they are in line with the Fair Housing Act.

Tonight's episode of "This American Life" will feature a story based on ProPublica's yearlong investigation "Living Apart: How the Government Betrayed a Landmark Civil Rights Law."

Called "House Rules," the TAL segment will examine the ways zip code determines the destiny of many Americans. The show will feature some of the actors who go undercover to test the market for hidden housing discrimination, a highly effective tool seldom used by the government.

Our reporting chronicled the U.S. Department of Housing and Urban Development's repeated failures in enforcing the 1968 Fair Housing Act. This landmark legislation not only barred discrimination in housing sales and rentals, but also required communities to "affirmatively further" residential integration.

Since we published our first stories late last year, there have been several significant developments on matters we reported. Here's what's happened.

HUD Proposes RegulationIn July, HUD issued a proposed regulation that for the first time clearly defined the steps local and state governments that receive HUD funding must take to examine housing segregation based on race and show they are in line with the Fair Housing Act. The effort to define such rules began under the Clinton Administration, but stalled because of objections from cities and counties. President Obama had promised the regulation would be issued by the end of 2010, but conflicts within HUD and pressure from powerful outside groups kept it bottled up for years.

The proposal would create a new planning process under which HUD grantees must use data provided by the federal government on segregation, racially concentrated areas of poverty, access to education, employment, transportation and environmental health to set housing and development priorities.

Advocacy groups such as the National Fair Housing Alliance and the Poverty and Race Research Action Council have praised the regulation. Others, including The Weekly Standard, have accused HUD of social engineering.

The public comment period on the proposal ended Sept. 17. The final regulation has not yet been issued.

Help Us Investigate Segregation at Secondary SchoolsShare Your StoryThe second installment of ProPublica's "Living Apart" series documented how, even with the explicit backing of a federal court, HUD had not taken steps to make Westchester County comply with requirements of the Fair Housing Act. But this summer, after years of defiance by county leaders, Westchester became the first jurisdiction ever to lose its allocation of HUD grant dollars for not affirmatively furthering fair housing.

"It is unfortunate the County continues to fall short in its duty to identify barriers to fair housing choice and to work to overcome these obstacles,"HUD Deputy Secretary Maurice Jones said in a press release. "This continuing failure to meet these requirements offers HUD no choice but to make these funds available to other jurisdictions that are willing to meet their civil rights obligations."

Case Settles, Enforcement Tool SavedFor the second time since early 2012, a tool of fair housing enforcement has been saved from possible extinction by a case settling before it reached the Supreme Court. Last week, the town of Mount Holly, N.J., settled a lawsuit slated to go before the court on Dec. 4.

As ProPublica reported in February, the Mount Holly case centered on allegations of what's called "disparate impact": That a policy or practice disproportionately harmed racial minorities or other protected groups. The Fair Housing Act does not explicitly mention disparate impact, but federal courts have consistently affirmed the principle in rulings over a 40-year period. Since modern-day discrimination is rarely overt, this precedent has become a powerful tool for the government and civil rights groups, allowing them to bring cases against landlords, lenders or jurisdictions by showing their policies or actions had disproportionate effects on certain groups of people. (Not all such impacts violate the law; if a legitimate business practice leads to the disparity, it's not a violation.)

Mount Holly was sued a decade ago over its development efforts in a predominately black and Latino part of town. The town bought and destroyed most of the homes in the neighborhood, planning to build more expensive housing that never came to be. Residents sued, saying the town's actions had a disparate impact on African Americans and Latinos.

The legal battle finally made its way to the nation's highest court this year, setting the stage for a potential challenge from its conservative wing, which has revisited aspects of several pieces of landmark civil-rights legislation in recent sessions.This summer, the court limited the reach of the Voting Rights Act.

In 2011, the Supreme Court accepted a disparate impact case out of St. Paul, Minn., but federal officials and civil rights activists persuaded the city to withdraw the case to avert a ruling that might strike down the principle.

In February, as the Court contemplated whether to hear the Mount Holly case, the Obama Administration released a long-promised disparate-impact regulation aimed at solidifying the principle's place in fair housing enforcement.

ProPublica is also looking into segregation at secondary schools. Parents and researchers can help our reporting by filling out this form.

For more from ProPublica on the civil rights, check out our reading guide to the best reporting on segregation in America, and key takeaways from our fair housing investigation.

This story appeared on ProPublica.