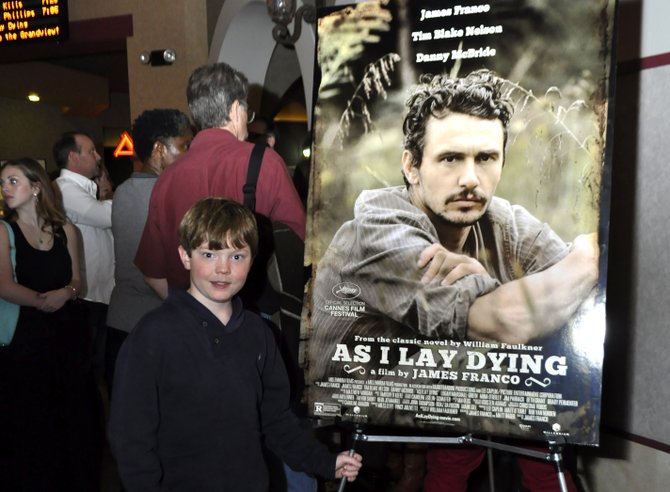 When William Faulkner fans watch "As I Lay Dying," the limited-run film shot in central Mississippi in 2012 and based on the classic novel, they might recognize a small face on the big screen.

Brady Permenter, a 10-year Canton native, stars alongside actor-director James Franco in the film. Screen International, a movie industry trade publication, called Permenter an "impressive newcomer" for his role in the morbid story about a family taking their dead matriarch across the Mississippi countryside to fulfill her dying wish of being buried in the town of Jefferson. The only Mississippi native in a lead role, Permenter plays Vardaman Bundren, the youngest son of Addie and Anse Bundren.

The film features several unconventional film techniques in order to convey Faulkner's stream-of-consciousness writing style, including the use of slip screen to allow multiple actors to speak at once. Permenter and his fellow cast members speak monologues directly to camera, providing an authentic southern voice.

Permenter's talent was impressive enough to capture Franco's attention, and the director also cast Permenter as Quintin Compson in his film adaptation of another Faulkner novel, "The Sound and the Fury."

That book's perspective jumps back and forth between Compson and his siblings, during their time as children and adults; Jacob Loeb plays Permenter's adult counterpart. "The Sound and the Fury" recently completed the first phase of production, and will continue shooting in January 2014.