Out from Under a Famous Shadow | Jackson Free Press | Jackson, MS

Out from Under a Famous Shadow 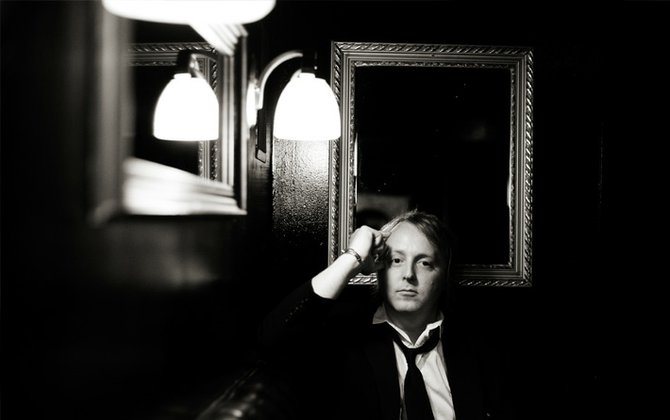 James McCartney visits Jackson on tour to promote his full-length album. He will appear at Duling Hall June 3 at 7:30 p.m. Photo by Courtesy James McCartney

As an internationally known singer-songwriter with two successful EPs in as many years, James McCartney has made a tradition of not being crushed by the weight of his hyper-famous father, Paul McCartney. In 2013, James McCartney has set out to expand on past success with the release of his first full-length studio album, "Me," and a 47-stop tour of the United States, which will bring the musician to Duling Hall in Jackson June 3.

After his two digital EPs "Available Light" and "Close at Hand" came out in 2010 and 2011, respectively, McCartney repackaged them in physical format as "The Complete EP Collection" and added five bonus tracks to give fans something new. Meanwhile, he went to work writing and recording "Me," released May 21, an album that McCartney said he has been patiently yet painstakingly putting together for years.

Though the songwriting took place over a number of years, McCartney and his album have been bouncing across international borders in the recording process since late 2012, to ensure that the best producer and studios had a part in the creation of "Me." He started in October in the United Kingdom, recording at several studios, including Abbey Road, and finished off the recording and mixing in New York City at David Kahne's studio at Avatar. Kahne is also the producer for Stevie Nicks, The Strokes and Lana Del Rey.

While the record features a mixture of full-band tracks and acoustic songs, McCartney's U.S. tour will be a solo endeavor for the artist, who will perform on guitar and piano throughout the shows.

"The record is intimate and personal, and that's why the tour is solo: to keep it intimate and personal, but also to say, 'This is me,'" McCartney said in a statement. One can't blame McCartney for self-existential statements, as being himself must be a daunting task for a descendant of a legendary rock group. But McCartney, who has written and performed musically in groups for more than a decade, demonstrates that he has the experience and initiative to negate those Beatles-bred naysayers and create a place by his own merits.

The U.S. tour, which began April 6, sees McCartney playing solo acoustic concerts in 27 states, concluding at Bonnaroo in Manchester, Tenn. McCartney will then take the stage for Bravalla Festival in Sweden, Lowlands Festival in the Netherlands, and V Festival in the United Kingdom, playing among acts such as The Gaslight Anthem, Alabama Shakes, Band of Horses, Of Monsters and Men, and Fun.

This blend of backbreaking international tours and festivals is designed to introduce the 33-year-old artist to unfamiliar audiences who may expect more "Helter Skelter" than the melodic, acoustic-based pop rock that is the younger McCartney's forte. Even within his own releases, though, James McCartney doesn't want to be pinned to a particular style.

"Me," as the name suggests, is autobiographical as much as it is self-discovery, with 12 songs that avoid stepping on the same tile twice. Songs such as "Life's a Pill" and "Mexico" manage to channel equal parts R.E.M. and John Denver, as nonsensical as that might sound, while "Wisteria" and "Home," with guitars dipped in fuzzy distortion, play in the realm of neo-rock 'n' roll groups like Queens of the Stone Age.

For McCartney, the most important factor in his music is progress. Genres are all well and good, but music lovers are drawn to progress, whatever form it may take.

"Some artists are happy doing the same thing again and again," McCartney said on his website, "But my favorite artists are the ones who evolve and grow, and I want to be one of them."