Clear Your Mind, Move Your Feet 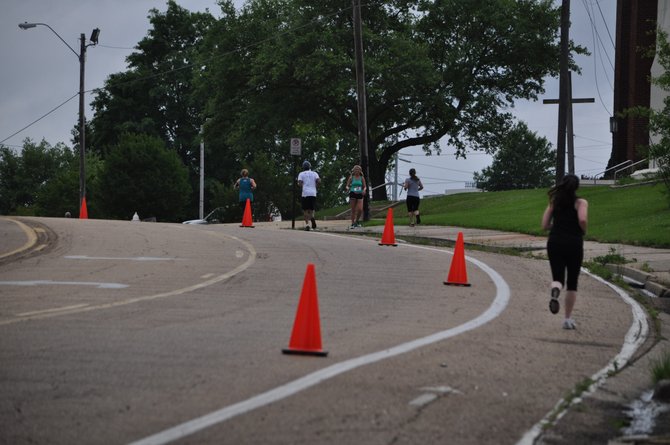 Running can be a mind-clearing and eye-opening therapeutic process. Photo by Trip Burns

"If you don't have answers to your problems after a 4-hour run, you ain't getting them."

"Why do you run?" It's a simple enough question, and one I've been asked many times. My usual answer is that "it relieves stress" or "running makes me feel good." Somehow, though, those answers never seem to quite capture the whole of why running is important to me. The task of running in of itself is pretty simple (left foot, right foot, repeat), but the therapeutic value found in it can be just has hard to articulate as the desire to run in the first place.

I began running by joining the high school cross-country team around the time I realized I wasn't fast enough to be a wide receiver and not coordinated enough to throw a baseball with any accuracy. As I settled into training on a regular basis, I began to experience a new set of emotions that come with miles of pavement and nothing to guide you but your own two feet. What I found is that there is a rewarding value in pushing your body into a submissive state. Distance and time are your only two variables, and every run is an exercise in self-discipline. As I moved on from high school to college, and then into the "real world," running evolved with me and has proven itself to be an effective way to navigate the complicated troubles we all face.

A few years ago, I traveled to Tennessee with a group of friends to try an ultra relay. Covering 200 miles from Chattanooga to Nashville over a weekend, we split the distance between our team of six--around 33 miles for each of us. At the time, I was struggling with a lot emotionally, and felt like a little time on the road (literally) would do some good.

As we settled into the race, each team member took turns pounding the pavement through the hills and into the night. I took the baton for the final time around 3:30 a.m. on a Sunday. Heavy fog settled in and the temperature hovered around freezing. I pushed onward through the hills, not a soul in sight, and for the first time in my life I felt completely alone.

I remember moving along the country road, careful not to leave the white paint lining the shoulder. It was so dark and the air so full of fog that I wondered for a moment if I was having an out-of-body experience. I wasn't though--given how much I could feel my body screaming for relief, I was more tied to it than ever.

As I eclipsed the 30-mile mark, I realized I was in uncharted territory, physically and emotionally. And it was in that moment of loneliness and exhaustion that I realized the pain I had put myself through was now transforming into a groundswell of renewed strength and confidence to face whatever life wanted to throw my way. For the first time, it seemed that every problem I had and would have was conquerable.

So, in some ways, running to me is less about leaving your own struggles behind and more about becoming acutely aware of them and addressing them honestly and in humility. There is something valuable in learning that pain isn't something to be avoided, but to accept as a necessary step in a process of learning and growing. Running is a therapy session for both the body and mind, and it doesn't cost you a dime.