Short and Sweet, No Longer Obsolete 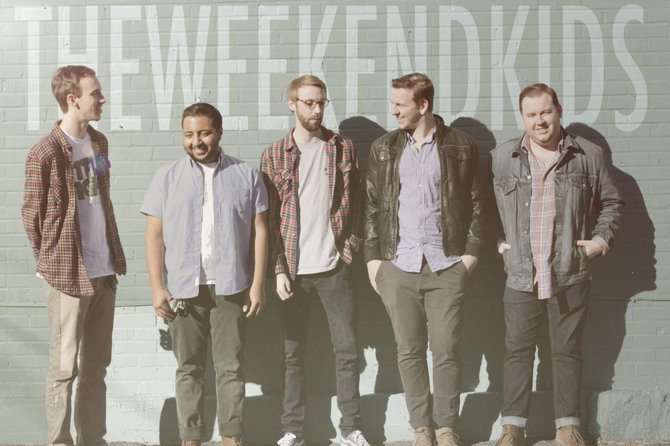 More local bands, such as The Weekend Kids, are turning toward making EPs instead of full-length albums. Photo by Courtesy Weekend Kids

Whether it's coercion from record companies or an imperfectionist's stance on music crafting, bands have a tendency to blend the bad in with the good. It's gotten to the point where, with some of the albums I purchase, I fully anticipate that I'll dislike at least a quarter of the songs. However, I would always prefer a handful of well-written, standout songs to a 15- to 20-track opus that ultimately touts quantity over quality. To pseudo-quote, vaguely paraphrase and terribly misuse the New Testament, it's better to lose the lesser parts than to have your whole album suffer.

To contend with the problem of half-listenable CDs and rushed sound-mixing, a natural progression occurred for contemporary musicians, moving away from those pricey, time-consuming, and hit-or-miss full-length albums toward EPs (extended play records), making it possible for an artist to focus on sharpening individual tracks, as there are fewer to manage and fund.

While EPs were primarily used as a way for the economical independent artist to tender his or her own contributions into the market for a portion of the price of studio albums, the format has since made its mark on mainstream music. Some artists even choose to release two or more EPs throughout a year, rather than a longer studio album, to appease the finicky fan base and also fund future releases.

For self-promoting bands like Jackson locals The Weekend Kids, the decision to package their newest three-song collection "Sick Youth" as an EP instead of waiting to record a full-length was as much a matter of regularity in releases as being conscious of time. An EP just made sense.

"Putting out a full-length, between the writing and recording processes, takes time, and if you're going to be gaining a fan base, releasing music is key," said Hayden Boyd, lead vocalist and guitarist.

"Sick Youth," consists of the songs "Hold Me Down," the Bad Religion-surf-rock blend "Sex Wax," and the minute-long title track, a frantic and furious ode to an annoying car passenger. It is the second release for The Weekend Kids, arriving only seven months after their debut studio record "Animals."

When the band finished the first two songs on the EP, Boyd and company felt that they captured a good mixture of the group's many defining qualities. The third song came about when Boyd saw a billboard on the interstate inviting passersby to aid the city's "sick youth."

"We made the decision to put out an EP right in the middle of releasing our full-length to keep people updated and to show some of our newest songs," Boyd said. The band's tour celebrating the release of the "Sick Youth" EP will kick off on May 25 at The Handlebar in Pensacola, Fla.

Short-form music releasing also simplifies the design elements of a release, such as consistency between songs, a challenging quality but one that can cement an album as noteworthy for listeners. I'm certainly not recommending that every musician should attempt to write a concept album (I'm looking at you, "Tommy" by The Who). But there is something to be said for a sense of unity in an EP, like in Slow Runner's three-song sampler "Ghost Rendition," which showcased catchy, compelling pop and complex instrumental music, while connecting the songs both tonally and lyrically.

With a smaller timeframe and cost for recording and reduced risk on the part of record labels, it's likely that the EP will stick around for the long haul. Luckily for listeners, this is one change that falls in our favor, as we can expect careful consideration of each song that is released, rather than masses of songs that you skip more often than play, and up-to-date releases that let us hear the latest from favorite artists, rather than tracks that have been gestating on a mixing board for the better half of a year. It's a confusing time to be a music lover, as the culture reels around us, trying to find a balance between the rise of the online market and slow death of physical formats. But at least it's exciting.