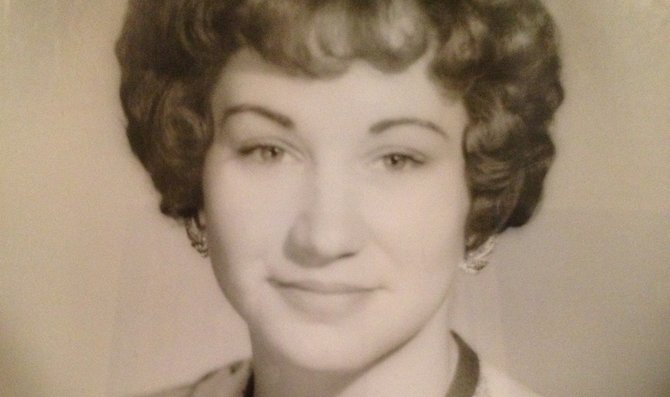 My mom put me to bed the night she died. I know she tucked me in, not only because others have told me, but because that's what she always did.

Of all the memories that have slipped away after 30 years, I can still vaguely remember our nighttime ritual. She would sit at my bedside and play with my hair to put me to sleep. Sometimes she'd read to me from this old paperback Bible story book. I always wanted to hear the one about the parting of the Red Sea. As a young child, I was fascinated that a body of water could actually be split down the middle for safe and dry passage. Really? Then it had to have been a miracle! And of course, in my mind, the color of that sea was Kool-Aid red.

I don't know which ritual she chose the night she died. I just can't remember. I so wish I could.

Its amazing how the mind works; it's actually quite brilliant. The various modes of the mind, as I call them. I suppose as a means of protection and survival, I blocked a lot of memories out of my conscious mind. I was in my early 20s when it occurred to me that a dream I couldn't quite shake might actually be a memory from the night of her death.

I woke up in the middle of the night and was trying to get down the hallway. That is where the dream began. But the door at the end of the hall was closed, which was very odd. I tried to open it, but someone on the other side of the door was keeping me from that. I remembered her face, as she finally peeked through and said, "Now you can't come in here right now. It's OK, just go back to bed."

And that's just what I did. When I woke up the next morning I didn't remember any of that. I woke up feeling like a 7 year old, but as I entered the living room, I was surprised to see that momma was not awake, yet. It wasn't like her to sleep late, I thought. Without hesitation I ran and jumped into her favorite chair to keep it warm for her until she woke up.

But she wasn't asleep, she was gone. As in dead, and her body had already been removed from our home. As a little girl, I just didn't understand. As an adult looking back on that morning, I cannot imagine how hard it was for my dad and grandmother to watch as I turned from an ambitious child to broken little girl in a matter of moments. I think I truly shut down. I remember hearing them say something about her heart, and that she died, and that mom was in heaven now.

It was as if I was frozen. I could hear them but I didn't want to. How could this be? How do we fix this? When can I see her again? Yes, it was at that moment that I lost ambition, drive, momentum--I lost my mom. Although I never admitted it to anyone, I couldn't visualize my future. No career, marriage or family. I just wanted to grow up, grow old and die, so I could be with her again.

It is a skewed way of thinking, but from the imaginative mind of a child, I just wanted to push the rewind button. But time was the enemy, as it slowly passed. I'd wake up, night after night, thinking all of it had been a bad dream. I'd wake up, tip toe across to my parents bedroom and peek in. As if I thought she'd be there, asleep with my dad--but she never was.

This went on for some time. Until one day, I didn't wake up and immediately think of her. I was grateful to not have the immediate yearning in my heart for her, but so scared at what not thinking about her constantly would mean. Was I forgetting her? Disrespecting her memory? Becoming numb? As a child I chose the path of least resistance. To my senses and emotions, it was easier to move on, not fully process or deal with her death, because eventually we'd be together again. You know, when I grew up, and grew old, and died.

I never forgot about her, but it wasn't until my 30s that I intentionally started thinking about her. Trying to conjure up as many memories as I could. Longing to celebrate our short time together, not forget. Letting myself be moved by all the wonderful memories, I freely shed tears, and smiled at the same time. I was so glad I had remembered where I'd buried those memories ... in my heart, of course.

The only thing left was to sort out the dream or, rather, the pieces of memory. Sometime in the middle of the night, after putting me to bed, she died in our home. The woman at the end of the hall wasn't a dream, she was protecting me from seeing my mom being taken out of our home after the coroner had pronounced her dead. I am so grateful for her, and for not having witnessed that. I'm grateful that those memories didn't surface until I was strong enough to deal with them. I'm grateful to see my mom in the reflection when I look in the mirror. Although I still can't remember the details of our nighttime ritual before she died, I've got so many other amazing memories. For those, I am most grateful.