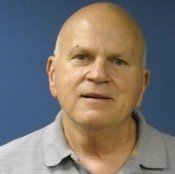 After years of pouring his heart into the city of Jackson and Hinds County, former Hinds Emergency Operations Director Larry Fisher can finally rest. Fisher, 76, died of natural causes at his home Saturday.

A public servant of the first order, Fisher retired Oct. 31, 2008, after 48 years of service in Hinds--his first 20 with the Jackson Police Department and his last 28 with the county's emergency management department.

He attained the rank of deputy chief at the police department before making the transition to the EOC in 1981.

"He was a hard worker, and he was driven by his work. He liked helping people." District 3 Supervisor Peggy Hobson-Calhoun said. "Regardless of the time of day, if he was needed to respond to an emergency situation, he was on the job."

Calhoun said Fisher's work ethic wasn't the only commodity he brought to the table at board of supervisor's meetings.

"The thing about Larry that most of Hinds County employees didn't know was he could sing. One day he sang at a supervisor's meeting." She said. "It was a Christmas carol or it was a spiritual song. I don't remember the exact song, but he sang very well. He had a great voice."

Part of Fisher's legacy includes putting radio systems and emergency sirens in place in Hinds County. When he decided to retire from his post in 2008, he demanded to stay on until the end of hurricane season. After his departure, he volunteered as a fire fighter in Byram.

His continued commitment to community didn't surprise anyone. Then-Hinds County Sheriff Malcolm McMillin joked with supervisors in 2010 that retirement would not slow Fisher's work.

"I think he should be required to wear a sign on his back that says 'I'm retired,' so folks will be able to tell the difference from when he was in office," McMillin told the Jackson Free Press.

Fisher last made headlines in January 2010, when he challenged a claim by Hinds Board of Supervisors President Robert Graham accusing Fisher of violating county policy when he authorized purchasing 19 emergency radios for the city of Clinton.

Fisher called the accusations "a bunch of junk."