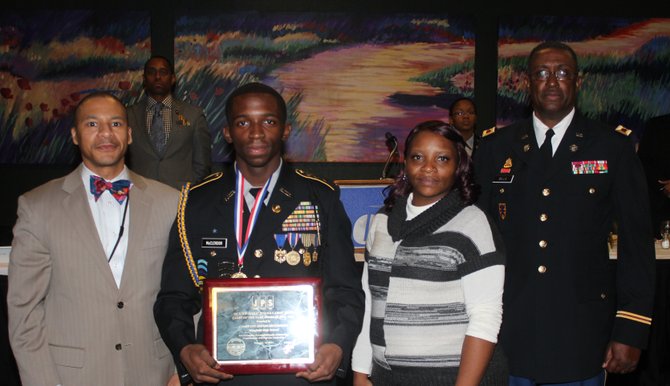 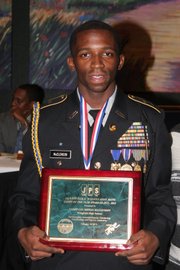 A senior at Wingfield high school, Cadet Col. Seggie McClendon is a positive role model for his school and a symbol of the potential of young people.

A member of his school's JROTC program, McClendon has just been named Jackson Public Schools' JROTC Cadet of the Year for 2012. He can add the award to his numerous other titles, including captain of the cross-country team, Mr. ROTC and Mr. Wingfield. Most importantly, McClendon has turned his opportunities into real achievements, in the form of college acceptances to Jackson State University, Alcorn State University and Mississippi State University, among others.

McClendon had to compete with the top cadets from all of Jackson's public schools to win the title of Cadet of the Year. He went before a panel of eight judges, who ranged from school district administrators and military leaders to local business leaders. He had to submit a portfolio of his achievements as a student, as well as his leadership experience, community service and even physical fitness.

Each cadet's portfolio included an essay on the topic "Why Did I Enroll in JROTC?" McClendon conducted an oral presentation on the topic "How JROTC Has Prepared Me for Successful Living after High School," and took a written examination to test his knowledge of the JROTC curriculum and current events.

The United States Military started the JROTC program--which stands for Junior Reserve Officer Training Corps--in 1916 to enlist recruits. Since then, it has grown into a citizenship program for young people.

"It teaches the students about service to their community, about giving back to the community" said Lt. Col. Keenzie Wallace, an ROTC instructor at McClendon's school.

"(McClendon) is a quiet young man who is well-disciplined, who is a self-starter, who is respectful," Wallace said. "He is well-liked in the school."

"Cadet McClendon is truly an extraordinary person--outstanding scholar, athlete and leader who is committed to serving his community," Willis said.

The cadet also has some unexpected talents.

"He loves to rap, which was surprising to me," Wallace said. "I did not know he could rap until we took him to a career fair at Hinds Community College, and I turned around, and he was on the mic."