The Relevance of Black History 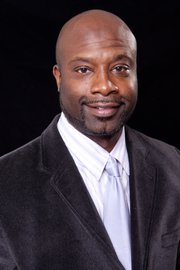 VIP Jackson magazine recently asked me to write an article on the continued relevancy of Black History Month. After writing what I thought was a candid, non-controversial piece, I received a call from the editor.

"Maybe I should have informed you as to who our audience is," she said. "It consists of 40-year-old white women who went to State or Ole Miss."

She continued: "I can't publish this. ... It sounds like you are angry."

Hmm, thanks for reminding me. I should be angry!

It reminded me of a line quoted by a young activist in one of the "Freedom Summer" movies: "A black man in Mississippi who ain't angry ain't been pay'n attention!" Below is an altered version of the article I wrote:

As soon as Barack Hussein Obama was announced as the victor of the 2008 presidential election, I immediately began to make reservations for his inauguration. I decided that I wanted my son to experience what would probably be the most significant event that will occur in both of our lifetimes.

Upon arriving at the National Mall in Washington, D.C., I immediately felt a spiritual connection to my foremothers and forefathers, cognizant of the fact that former slaves were once held in bondage in slave jails on the very grounds on which our feet were planted. I am sure that an overwhelming number of those in attendance were unaware that they were standing on the sacred grounds where slaves once lived in a tent city as they built the nation's capital. Honestly, I wouldn't have known either had I not had the privilege of getting a personal tour from the author of "Black Men Built the Capitol," University of Mississippi graduate Jesse Holland.

My experience during the inauguration points to countless untold stories of African Americans' history and experiences. Below I chronicle a few anecdotes that are often ignored in our schools, thereby justifying a continuing need for the recognition of Black History Month. The examples illustrate the many privileges enjoyed by whites at the expense of African Americans; however, many--if not all--are often ignored in classrooms.

In 1999 a federal lawsuit, Pigford v. Glickman, was settled, finding that the loss of black-owned farms to foreclosure occurred because the Department of Agriculture discriminated against them, but provided funds to white farmers to preserve their farms.

Many whites oppose affirmative action and welfare, despite the fact that white women are major benefactors of both. Affirmative action was created because the government gave white men contracts simply because they were white.   During the late 1960s, some majority-black cities such as Atlanta set aside a small margin of government contracts for blacks. Some say that qualifications are the impetus behind whites winning contracts; however, in the area of custodial services (e.g., cleaning services), for example, I find it difficult to believe that it was impossible to find black companies that could provide such services, given the legacy of experience dating back to slavery.

As I sit in the seat that the late attorney Isaiah Madison sat in as a professor here at Jackson State University, I would be remiss if I did not discuss the fact unknown among most youth that in the Ayers v. Allain case, originally filed by Madison in 1975. The settlement (in Allain v. Musgrove) called for HBCUs to set aside a quota for the admission of 10 percent white students, noted as minorities. This means that affirmative action, in the most egregious form of quotas, are being implemented for whites.

Dr. Carter G. Woodson's (the father of Black History Month) goal was to provide blacks with a more accurate portrayal of their history and the role they played in this country's development. He attempted to achieve this goal by lobbying schools to incorporate Black History Month into their curriculums. Indeed, there is a strong need for African Americans to know their history. Most Americans, when discussing slavery, readily use the noun "slaves," whom we often think of as docile and shiftless people. It would be more accurate to use the term "enslaved," denoting the fact that they were captured and sold into slavery. "Enslaved" takes the focus off the "slaves" and places it on the owners' inhumane actions.

In retrospect, I vividly recall the image in my mind after I received the call from the VIP Jackson editor: It was a scene from "The Help," where a bunch of "40-ish-year-old" white women who attended State and Ole Miss ordered black maids around, telling them what they wanted to eat and drink. Someone should tell that editor that "The Help" is entertainment, based on an idealized long-ago time. My scholarship is written to enlighten, not to entertain.

In the words of the late George Johnson (former dean at Jackson State University), "I don't scratch when I ain't itching, and I don't laugh when it ain't funny."

Poet Amiri Baraka's words also came to mind that night: "Luxury, then, is a way of being ignorant, comfortably."

What a privilege it must be to sift through time, recording one's own history without regard to another's.

Byron D'Andra Orey is a professor of political science at Jackson State University.

The Clarion-Ledger, and the Gannett corporation, really do assume that white people in Mississippi are stupid and racist, don't they? Yuck. They spiked a wonderful column as a result. But we're thrilled to run it.

... and we're not worried that it's going to give all those withering southern belles the vapors, either. SMH.

Snark aside, this does speak to a larger issue. Despite some admirable work that helped put Klansmen in prison for race murders over the years, The Clarion-Ledger has never helped educate Mississippians about institutional racism and how we got here. They seldom, if ever, include context in stories, and many people (including myself) believe they intentionally don't care to connect the dots that might offend white readers, even as they give token and surface nods to diversity. There is very little "why" there. I call their approach the "Krazy Klucker in the Korner" syndrome: let's go find that guy, and make everyone else (white) feel like our history of racism is all about a handful of crazy guys, not a long conspiracy to keep wealth and the vote out of non-white hands, promulgated by state government, law enforcement, the citizens council, the Klan terrorist arm and, sadly, many in the business community, including bank and loan redlining and so much more, as Byron talks about briefly in his column.

It is wonderful and right to salute our black heroes during Black History Month, THIS kind of complicated history is what explains today's wealth and education divisions, as well as crime and poverty issues, that too many uninformed white Mississippians still attribute to "laziness" or "the family" -- without bothering to figure out what happened to the family structure in the first place and who did it.

This kind of connect-the-dot education is vital if we are to solve the problems of our state -- from youth crime to abject poverty. But The Clarion-Ledger is too worried about offending white women in their 40s (and presumably the people who advertise to them) to publish this kind informed column that can lead to needed dialogue.

It's an insult to every one of us.

Thanks Ladd for giving this obviously talented and seasoned Professor of Political Science, Byron D'Andra Orey, a "Place to Stand and a Place to Rest his Lever."

I am always amazed by the CL's need to control and re-write Black History. An interesting question is: " What did the VIP's Author expect from this Black male who is old enough to have experienced many of the negatives that continue to encourage the need for - not only a Black History Month, but, a Black History Year?"

Black history should be important to anyone who is from the South. Southern culture is a rich mixture of the cultures of African-Americans and the cultures of the white, mostly Scotch-Irish settlers who came to the South as well. In the centuries that these two cultures have been living side-by-side, each has strongly influenced this other. Neither would be what it is without the influences of the other. That is, as a Southerner I would not be who I am without the rich cultural contributions of my African-American neighbors, just as African-American culture would be noticeably different without the influences of Scotch-Irish culture.

Now that I've lived outside of the South for a number of years, I can see that one huge difference between white people from the South and white people in other regions of the country with different cultural backgrounds is how much the culture of white Southerners like me has been informed and enriched by the culture of African-Americans.

I'm from the South, and African-American culture is a big part of Southern culture, so I wouldn't be me without it. None of us Southerners--no matter what color we are--would be who we are without it. I have to observe Black History Month for this reason. (And in all fairness, if any of my fellow Americans with Scotch-Irish roots ever started a Scotch-Irish history month, I'd observe that too.)