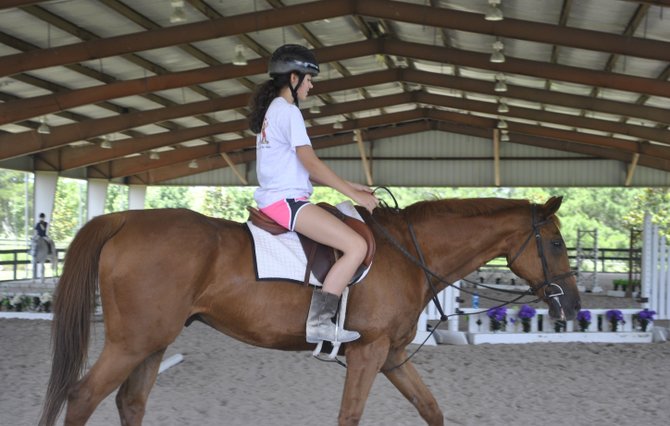 St. Andrew's Episcopal School not only teaches students to be outstanding in the classroom, but outside of the school's walls as well.

The school is an independent college preparatory school that is best known for its outstanding academics. A lesser-known aspect for achieving excellence is through community service, and St. Andrew's requires its students to have 100 service-learning hours before graduation.

For the past eight years, upper class students of St. Andrew's have served as camp counselors for Operation Shoestring, a Jackson nonprofit. Up to 75 elementary-aged children and 40 middle-school-aged children attend a variety of six-week summer programs.

The camps got started in 2005 when Ellen Gabardi's son, Lee, was a rising freshman and needed to begin working on his community-service hours.

"I asked him, 'What do you enjoy doing?' His answer, 'Playing basketball,'" Gabardi said.

From that conversation, Operation HoopStrings was born, with Lee and six other freshmen boys, teaching 10 children from Operation Shoestring that summer. From there, the initial camp was expanded to nine more day camps.

Ethan Guines, a 15-year-old sophomore at St. Andrew's, has participated as a camp counselor for two years.

"I have tried the soccer camp and the fishing camp," Guines said. "I'm just trying to try them all."

This year, the camp also introduced some new camp counselors. Callie Summerlin, a 16-year-old junior at St. Andrew's liked her first experience with the camp.

"I enjoyed working with the kids, and seeing how the kids overcame the fears they had at the beginning at the camp," Summerlin said.

Summerlin and 15-year-old sophomore Shelby Leigh did not really know each other before the camp, but the camp helped bring them together, Summerlin said.