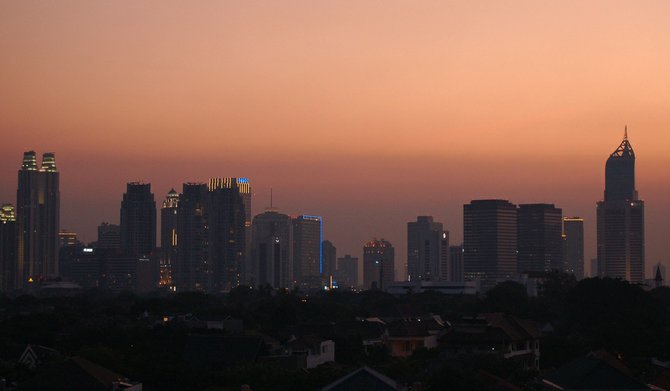 Women who live in areas with polluted air are up to twice as likely to have an autistic child than those living in communities with cleaner air, according to a new study published today. Photo by Courtesy Flickr/Mac Coates

Women who live in areas with polluted air are up to twice as likely to have an autistic child than those living in communities with cleaner air, according to a new study published today.

Building on two smaller, regional studies, the Harvard University research is the first to link air pollution nationwide with autism. It also is the first to suggest that baby boys may be more at risk for autism disorders when their mothers breathe polluted air during pregnancy.

Babies born in areas of the United States with high airborne levels of mercury, diesel exhaust, lead, manganese, nickel and methylene chloride were more likely to have autism than those in areas with lower pollution. The strongest links were for diesel exhaust and mercury.

"The striking similarity with our results and the previous studies adds a tremendous amount to the weight of evidence that pollutants in the air might be causing autism in children," said Andrea Roberts, a research associate at the Harvard University School of Public Health and lead author of the new study published online in Environmental Health Perspectives.

Scientists have been trying to figure out whether a variety of environmental exposures are linked to autism, a neurological disorder diagnosed in one out of every 50 U.S. children between the ages of 6 and 17.

Because the new air pollution study has some weaknesses, however, its findings, while interesting, are not conclusive, several scientists said. For example, the researchers estimated the mothers' exposure to air pollutants based on computer models.

"It's the same weakness as other studies [on environmental pollutants and autism]. They're using an EPA model, which estimates what's coming out of factories and traffic and spits out a pollution estimate," said Amy Kalkbrenner, an assistant professor of epidemiology at the University of Wisconsin-Milwaukee, who was not involved in this study.

In addition, the results may be skewed because children in urban areas have more access to doctors and clinics where they are more likely to be diagnosed, said Irva Hertz-Picciotto, an environmental epidemiologist at the University of California, Davis, who studies autism.

The new study used information from 325 mothers, all nurses from around the country, who gave birth after 1987 to a child later diagnosed with autism. The researchers divided these children into five groups based on their mothers' estimated air pollution exposure during pregnancy and compared their autism rates to 22,000 non-autistic children born from 1987 to 2002. The U.S. Environmental Protection Agency's pollution estimates were broken down by census tract. The income and education level of the families were factored in, since they also can be linked to air pollution.

For mercury and diesel, the mothers in the highest exposure group were twice as likely to have an autistic child. Lead, manganese, nickel, methylene chloride and overall metal exposure also were associated with higher incidences of autism. Twenty-six of 180 pollutants had a significant association between exposure and autism rates.

"Since so many [pollutants] were linked to higher autism rates, we can't tell from the study which ones might be the causes," Roberts said.

Autism disorders are development disabilities—with a wide range in severity—that are marked by social impairment, difficulty with communication and repetitive behaviors. Rates have been increasing, but many experts think this cannot be entirely explained by increased diagnoses by doctors.

Boys are about four times more likely than girls to be identified as having the disorder, according to the CDC. In Roberts' study, the researchers saw associations between exposures and higher autism rates when looking at the group as a whole and at just boys. However, when they looked only at girls, there were no statistically significant links between pollution and autism.

It's not clear why, Roberts said. Boys are more likely to have autism, so it may be easier to "push them over the threshold into autism" through mothers' pollutant exposure, Roberts said. But both she and Kalkbrenner said the sample size of girls - 14 percent of the children with autism - is too small for the gender differences to be significant.

Previously, several industrial pollutants—methylene chloride, quinolone and styrene—were linked to higher autism rates in children born in North Carolina and West Virginia, according to a study. Pregnant mothers' exposure to metals and chlorinated solvents was linked to increased risk of having an autistic child, according to a 2006 study of San Francisco area children.

Also, children born to mothers who lived near freeways in California were more likely to be autistic, according to a 2011 study by University of Southern California researchers.

"Diesel and these other air pollutants are something that a broad segment of the population is exposed to. It's important to look at these things," said Michael Maloney, executive director of the nonprofit Organization for Autism Research.

"Some parents have an absolute certainty that something specific caused the condition, such as vaccinations," Maloney said, referring to ongoing controversy over whether child vaccines spur autism. "But most just want to know how to help their child."

Certain genes are linked to the disorder, according to the National Institutes of Health. Studies suggest that defective genes, which can disrupt fetal brain development, could result in autism disorders. And researchers are increasingly looking at environmental pollutants, which could spur defective genes.

"There are a couple of things we do know - these things [pollutants] are neurotoxins and they can pass from mother to the fetus while it's still developing," Roberts said. "And some of these chemicals can cause genetic mutations - the type associated with autism."

Kalkbrenner said it's also possible that the pollutants are not allowing the nervous system to develop naturally or hampering the ability of immune cells to help neurons move efficiently.

Hertz-Picciotto, who was senior author on a 2011 study that found prenatal vitamins were associated with decreased autism risk, said the disorder is likely caused by a number of factors.

"Maybe air pollution is a problem, mother's nutrition probably plays a role," she said. "And then some children are more than likely just more susceptible."

Roberts said a good next research step would be to take blood samples from pregnant women or from babies to measure some pollutants.

But not all pollutants end up in the blood so they are difficult to measure. And autism's nature makes teasing out a definitive cause difficult.

"If you follow hundreds of children from birth, only a couple will have autism. You can enroll 100,000 children in a study, but it's prohibitively expensive," Kalkbrenner said. "Or you can follow them after they're diagnosed—but it's the exposures very early in life that we're concerned about. So by the time they're diagnosed, it's too late."

The National Institute of Neurological Disorders and stroke has a potty training guide for parents of autistic children at http://pottygenius.com/potty-training-a-child-with-autism-using-aba/.