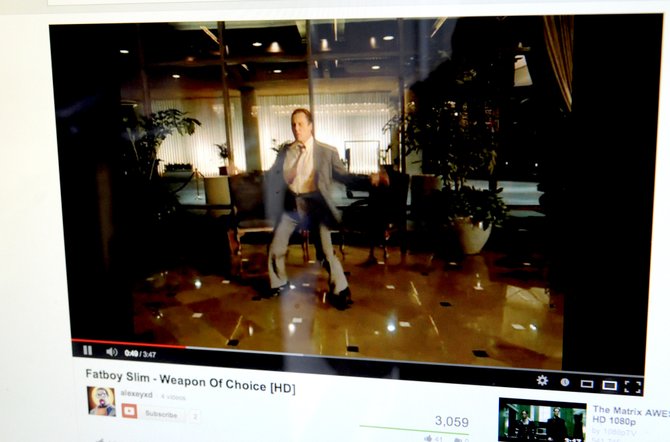 YouTube has made it all too easy to see any music video, any time, changing the way we see the art form. Photo by Trip Burns

If you're a certain age, I expect that music videos played an important role in your development, whether defining romance by how many candles are lit in the background or by constructing your ideals of female perfection based on the model sliding hither and thither on a car hood in Whitesnake's "Here I Go Again." But regardless of the impact, at least an impact existed.

After the '80s, it seems like music videos went flatter than a wet perm, though the '90s offered a handful of memorable visualizations of popular songs and singlehandedly ushered in Michael Bay's directing career, including Lionel Richie's flowing-curtain-filled video for "Do It To Me." Occasional success (and hilarious failure) aside, the current music market all but disregards the formerly popular format. While it's fun to look back at the triumphantly cheesy tropes of the genre, we're still left to wonder exactly why that formerly popular form of music consumption has dwindled down into boiling oblivion.

OK, that was probably a bit dramatic, but the point still stands. It's become so rare to see an entertaining music video that, when we find one, the attached song automatically gains tremendous amounts of attention. Take, for example, Israeli singer-songwriter Oren Lavie's hit single "Her Morning Elegance." Now, you may not recognize the artist or song title, but I'd be surprised if a friend or co-worker hasn't played the "Have You Seen This on YouTube?" game with that music video at some point. In the video, Lavie and a woman occupy opposite ends of a bed, which, through stop motion, shifts to allow some sleep-frolicking. Pillows become clouds, socks become fish, shirts become birds, and viewers say, "That looks cool." In 2009, though, "cool" managed to win the relatively unknown Lavie a Grammy nomination for "Best Short-Form Music Video."

I didn't mention that video so that you would sprint to the computer (or smart phone) and search for it, although you are certainly welcome to do so, but to present yet another point about modern-day music videos: The Internet made it too easy.

Think back, if you can, to the golden age of MTV, before there was an "MTV 2," before 16-year-olds got paid for being pregnant and reality shows were more common than Jheri curls. If you really loved the video for one song, you would sit through countless ads and music videos from bands you weren't familiar with just for a chance to see it one more time. In this way, music videos were absolutely essential for the music economy. They introduced new artists, brought commercial endorsements and generally greased the bearings that kept the cogs of music consumerism in motion.

That wouldn't do the trick anymore, of course. We have services like Facebook keeping us up-to-date with notifications and YouTube letting us hear the newest song long before a TV channel could buy their way through the legal barricades, let alone the fact that you can cut through the commercials and unknown artists to get to that one song you wanted. Also, as far as YouTube is concerned, you have the opportunity to watch innumerable live videos of your favorite musicians. So, why would you choose to watch a music video instead?

If you don't have an answer to that question, you and the record labels of today would get along great at a pool party, which is nothing against you, or them, for that matter. They've simply streamlined the process. Most record labels won't drop enough cash to have a quality music video filmed unless they are certain that investment will pay off.

One way they do this is by producing a video after a song has already proven its popularity. It's not uncommon for a video to be released after a hit single has backslid a ways, potentially rejuvenating the song with a star cameo appearance and eking even more money. And while it's not a charitable practice, it is good business.

Luckily, music videos have survived in a corner where they couldn't exist in the early days of costly and cliquish production: the alternative music genre. Though cable music channels won't flaunt this fact, a majority of the videos today are created for alternative musicians like Sigur Ros, Passion Pit and The National. As smaller or independent labels try to capitalize on their acts, these are the sources that place tremendous effort into making their music videos engaging and fun, which makes for some of the most inventive audio-visual mash-ups to date.