With a Little Planning, Women Can Get Emergency Contraceptives for Free | Jackson Free Press | Jackson, MS

With a Little Planning, Women Can Get Emergency Contraceptives for Free 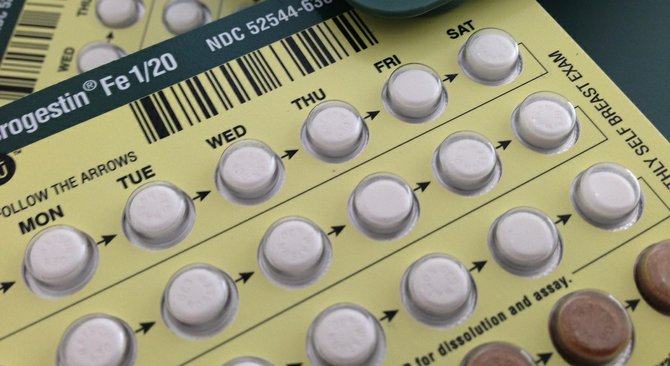 Women of all ages will soon be able to pick up emergency contraceptive pills at pharmacies and other stores without a prescription or proof of age. Photo by Courtesy Flickr/lookcatalog

Women of all ages will soon be able to pick up emergency contraceptive pills at pharmacies and other stores without a prescription or proof of age. What many may not realize, however, is that they can get the pricey pills free under the Affordable Care Act. Doing so, however, may take time and forethought.

"Women may be faced with a tradeoff between timeliness and coverage/cost," says Adam Sonfield, a senior public policy associate at the Guttmacher Institute, a reproductive health research and policy organization.

When it comes to emergency contraception, timing is important. The pills, which delay or inhibit ovulation, generally need to be taken within three days of unprotected sex or they lose their effectiveness. (One prescription-only pill now available is effective for up to five days after a sexual encounter.)

Like other types of birth control, emergency contraceptives are required to be covered as a preventive benefit without cost sharing in health plans that aren't grandfathered under the health law or don't meet certain religious exclusions. But consumers can only receive reimbursement from their insurer for over-the-counter products if they get them through a prescription from a medical provider.

"Then you have it in hand, and you can just go to the pharmacy and fill it when you need it," says Gretchen Borchelt, senior counsel at the National Women's Law Center.

Emergency contraceptives are currently available behind the pharmacy counter to those age 17 or older on request. People younger than 17 must have a prescription in order to buy them.

This month, the Obama administration announced it will no longer fight a judge's order to make emergency contraceptives available to women of all ages over the counter without a prescription. Officials, including President Barack Obama, had argued that parents should be involved in their minor daughters' health care, but the court disagreed. The decision was applauded by women's health advocates.

There are a number of one- and two-pill brand name and generic emergency contraceptives on the market. The FDA last week approved an application for Plan B One-Step to make the drug available without restrictions over the counter.

About half of all pregnancies in the United States are unplanned. Use of emergency contraception has increased markedly in recent years. Between 2006 and 2010, 11 percent of women between the ages of 15 and 44 said they had used emergency contraception, according to the Centers for Disease Control and Prevention. In 2002, the figure was 4.2 percent.

Young adult women between 20 and 24 were most likely to report that they had used emergency contraception; 23 percent said they had done so.

The administration's decision to allow over-the-counter emergency contraceptive sales without age restrictions may have the most profound impact on teenagers. But even though they can least afford a $50 pill, privacy worries may stop young women who are on their parents' health plans from trying to get reimbursed for it.

"They'd rather not go that extra step," says Allison Guarino, 19, who finished her freshman year at Boston University this spring and volunteers in a program that teaches pregnancy prevention in Boston high schools. "They'll just go to the pharmacy and purchase it, keep it a little hush hush."

That's not surprising, say experts. The number one reason teenagers give for not using contraception in the first place is that they're afraid their parents will find out, says Bill Albert, the chief program officer for the National Campaign to Prevent Teen and Unplanned Pregnancy.

Even though these young women can consent to receive contraceptive services on their own, health insurers frequently send insurance "Explanation of Benefits" forms to their parents, the policyholders, describing the medical services covered family members have received.

Cost barriers will continue to be a problem for the forseeable future, but advocates suggest that will change.

Even if Plan B One-Step is the only product on the shelves for a time, "We know it's part of a longer path to get more of these products available, and that the cost will come down eventually," says Susannah Baruch, interim president of the Reproductive Health Technologies Project.