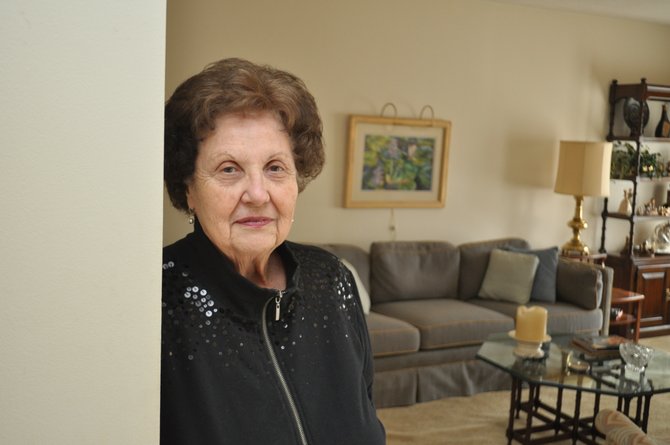 No handicap sticker can slow down a passionate spirit like Fran Leber, the ultimate go-getter. "I'm one of those people who wouldn't be happy if I wasn't busy," she says. The current vice president of administration for the League of Women Voters of the Jackson area, Leber lobbies for education and policy issues. She's been a member of the organization since 1969.

Born in Rockford, Ill., Leber, 78, grew up in a family that instilled strong moral values. Instead of furthering her career as a player for The Rockford Peaches, an All-American Girls Professional Baseball League that played in the 1940s and early '50s, the self-proclaimed tomboy decided to attend college at Northern Illinois University to become a physical education teacher. The new teacher married her husband, Thomas, and in 1968, the couple moved to Mississippi with their three sons.

The family soon found themselves in the midst of the struggle for integration. "We built a home in a neighborhood that supported public education," she says. However, many neighbors opposed integration and began sending their children to private schools.

Leber actively supported integration; she attended school in Illinois with African Americans in the '50s. With her children bused to Brown Elementary, she often visited to provide physical activities during recess--the school did not offer physical education classes.

"After I encouraged one of my neighbors to help out at the school, she says she walked in the school and forgot there were black children," she says. "They were all just children."

Integration became the catalyst for Leber's career in public policy. In the 1970s, Leber helped get the Education Reform Act passed. Through the years, she has put women's issues and good government at the forefront.

More recently, Leber fought the voter ID law. "I don't think it's necessary," she says. "It makes it harder for certain groups to vote, not just African Americans ... (but also) the disabled and the elderly."

Despite her many areas of concern, education is always crucial. "Education is so important for every individual to be who they are and to develop their potential," she says.

Leber also worked at Mynelle Gardens for 16 years. She loves gardening and sharing tips with a local garden club. "Gardening is my outlet to relax," she says.

She's also working on her family genealogy. Leber enjoys telling her grandchildren facts about their family, such as her grandmother being the first woman to be a telephone operator.

Leber says she remains enthusiastic about her work and keeping up with current events—even a hip replacement can't stop her. She recalls her response to an irritated legislator demanding to know what paper she reads: "After giving him the long list of papers that I read daily, he didn't know what to say."