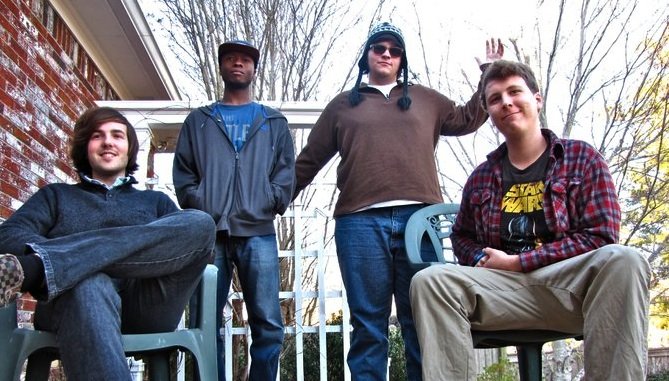 In just two years of making music, Jackson-based funk-rockers Risko Danza have covered most of the prerequisites for a mature band. Since its creation in December 2010, the band added members, lost a member, shifted styles and now, at its two-year anniversary show, will be releasing the first official album.

"This will be our first time releasing any studio work to the public. Before this, we've only given out live recordings," vocalist and lead guitarist Matthew Nooe says. An active member of the music department of Hinds Community College where he is currently earning a degree in sound engineering, Nooe says that these demo recordings are a part of a larger plan for Risko Danza.

"We plan to record more songs over the year, get listeners' feedback and then produce another CD from the feedback we get," Nooe says. This first demo will be a four-song disc featuring one fan-favorite track from Risko Danza's early works and a concept song that the band has been developing under-wraps.

"Most of the songs on the demo tell the story of a fictional character named D'Lo Brown. This three-part song is one that our fans have yet to hear," Nooe says. "I would have to say that 'D'Lo Brown, Part 2' is one of our favorites, and we're even going to have a saxophone player on this song."

As the second anniversary approaches, the band looks back on the changes that have occurred in its ranks, including the departure of founding member and bassist Jacob Lewandowski who first christened the crew "Risko Danza," a name that the band has adapted to mean "risky dancing."

However, the greatest change for the group has been in musical influences.

"When we first started out, we were highly influenced by the Black Keys," Nooe says, "but then our music broadened out to jazz and more classic rock. Now I would say our biggest influence is Pink Floyd, along with Primus and John Scofield." As with all bands, the addition of new members altered the group dynamic and transformed the sound of Risko Danza.

New bassist Nicholas Lalo joined in September 2012 and helped steer the recording process, both mixing and editing the new demo tracks, while drummer Perry Townsend has been a committed component of the band's explosive sound from the beginning. Unfortunately, the fourth member of the band, keyboardist and background vocalist Kory Luckett, will be leaving to attend the University of Southern Mississippi in the spring, so the two-year anniversary show will be his last with the group.

One of the ways that the band is choosing to celebrate this momentous milestone is by using its anniversary show as a way to help others. "We decided that making it a charity event is a nice way to give thanks to all of the people that have supported us over the years," Nooe says.

Though the show will have a $5 cover charge, all proceeds are going toward Jackson's Stewpot Community Services. Helping others helps you, too, as all attendees will receive a copy of Risko Danza's new demo album at the door.