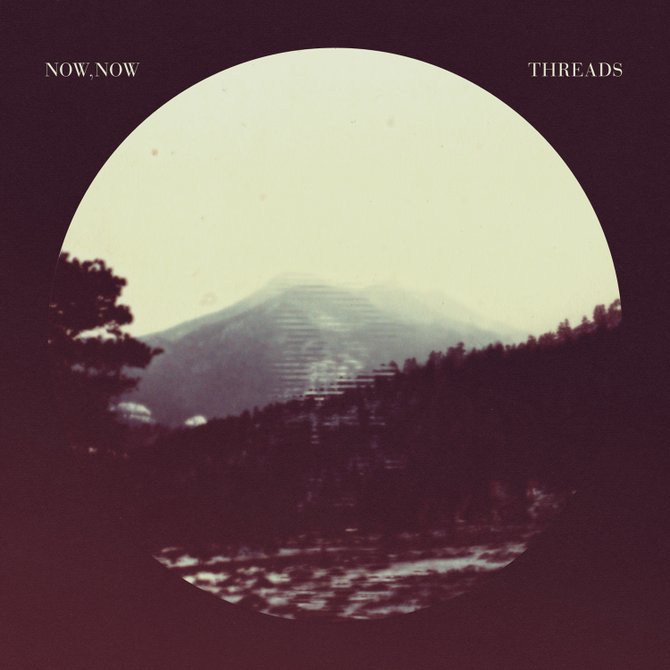 Now, Now’s “Threads” is a consistent but imperfect album for the burgeoning young band. Photo by Courtesy Trans Records

Don’t be ashamed if the Minnesota-based indie-rock three-piece act Now, Now has slipped past you. Since its formation in 2003, it hasn’t exactly been “up and coming.” Even though the band has opened for heavy hitters like Paramore and Mates of State amidst label changes and revolving-door memberships, it has remained decidedly low-key. Or at least, it has until now.

The band may have reached its stride with the release of its second full-length album, “Threads.” Keeping good company with fellow female-led alternative groups Eisley and Rilo Kiley, Now, Now avoids the conventions of “girl rock” and manages to create an album that feels both experienced and fresh.

Signing with Death Cab for Cutie guitarist Chris Walla’s label Trans Records in late 2011 opened Now, Now to a slew of new opportunities, such as being featured on “Late Night with Jimmy Fallon” in November 2012 and fronting a U.K. tour with Motion City Soundtrack.

That mammoth-sized step also forced singer Cacie Dalager, guitarist Jess Abbott and drummer Bradley Hale to knuckle down on their song-crafting. This is most evident in their single, “Prehistoric,” which covers the age-old theme of moving on with Now, Now’s own engaging approach. Dalager’s dulcet voice rises over the slow clipping of guitars and light, persistently sweeping electronic tones before joining with a striking and surprisingly grungy refrain.

Where “Threads” succeeds most is in its complete unity, allowing the album to feel like more than an unintentional assortment of songs. Short, attaching tracks like the charming “Dead Oaks” and the title track-connecting intro, “The Pull,” go a long way to pushing “Threads” toward the scarcely settled territory of fully realized pieces of art.

To the band’s credit, no song on the album is wholly the same as another, and Now, Now triumphs in giving each segment of a song distinct textures that keep it from getting stale. “Lucie, Too” sports droning Rhodes keys and a gentle bass line that quickly disappears beneath a wave of tasteful distortion and a foot-tapping electric riff. Even though songs like “Wolf,” “Magnet,” and “School Friends” feature backing synth loops, they remain unique.

With all of the things Now, Now does exceptionally well in “Threads,” it is unfortunate that words fall to the wayside. Dalager seems content with coating some of these carefully constructed songs with lines about boys and, most frequently, lacking sleep. At times acting as little more than lyrical placeholders, verses like, “You have a girlfriend, but she’s not your girlfriend. She’s just your friend for the night,” can feel juvenile and altogether forgettable in this otherwise outstanding album.

Despite a snag in the form of some throwaway lyrics, Now, Now’s “Threads” triumphs in weaving a varied yet cohesive tapestry with more personality and proficiency than most bands could shake a needlepoint at.

Fans of indie-rock music such as Lydia, All Get Out and Manchester Orchestra: If Now, Now wasn’t on your radar before, now it definitely should be.