The City Gets Proud 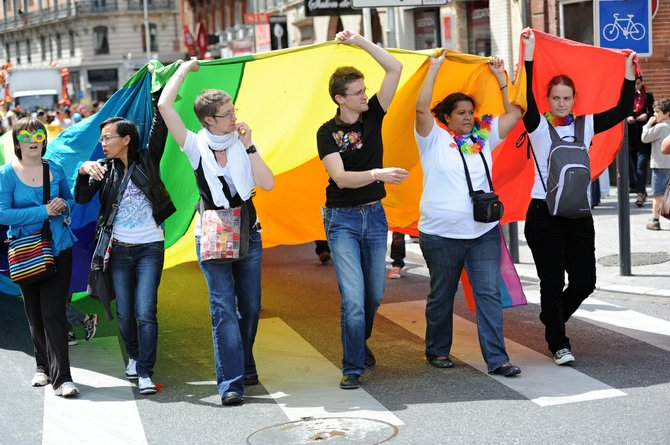 Jackson is set to have a day filled with gay Saturday, March 2, with two LGBT events taking place downtown. The Millsaps College Pride Group and the Amnesty International Chapter of Millsaps has scheduled a 5K fundraiser during the morning, while other local community members have planned a march from Fondren to the State Capitol in the afternoon.

In addition to raising awareness, the run has a philanthropic purpose. Each runner's $15 registration fee will be donated to the Human Rights Campaign and Amnesty International. Organizers hope that the 3-mile race, which is open to all regardless of sexual orientation, is short enough that non-runners and families with children will be encouraged to attend. This event is meant to be a fun, family-friendly, health-conscious way for the LGBT community to show its pride and to encourage the community of Jackson as a whole to start being more mindful of issues affecting LGBT people. The event will feature speakers before and after the run, and the Amnesty International chapter will set out petitions about LGBT concerns. The race starts  at 8:30 a.m. and should last until noon.

In the afternoon, the second annual pride march kicks off. Led by local quasi-celebrity Papa Peachez, marchers will rally by Cups cafe in Fondren at 12:30 p.m. At 1 p.m., marchers will proceed down State Street to the capitol building, where the protesters plan to add "some color and fabulosity."