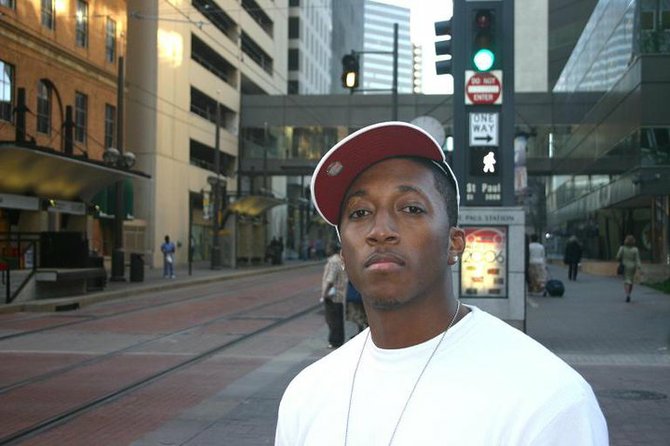 Lecrae's love for rapping began early in life while growing up in inner-city communities. He was born in south Houston and moved frequently with his mother. For a time they lived in San Diego, Denver and Dallas.

A gospel message Lecrae heard at 19 changed the direction of his life and put him on the path to becoming a top gospel rap artist.

Lecrae began speaking and rapping as a volunteer at juvenile detention centers around Dallas and later co-founded Reach Life Ministries in 2005. He released "After the Music Stops" the next year. It debuted at number one on the Christian Music Trade Association's R&B/Hip-Hop chart and peaked at number five on Billboard's Gospel Albums chart, followed by "Rebel" in 2008, which became the first Christian rap album to reach No. 1 on Billboard's Top Gospel charts.

Lecrae's sixth album, "Gravity," debuted last year and is No. 3 on the Billboard 200. "Rehab" made it to Billboard's No. 7 spot and to No. 3 on iTunes Top 10. Lecrae's accomplishments led to a Grammy for Best Gospel Album this year. "Rehab: The Overdose" received the award for Best Rock or Rap Gospel Album at the 53rd Grammy Awards.

In addition to rapping and his Christian ministries, Lecrae made his acting debut in GMC's "A Cross to Bear" last year. He was nominated for Artist of the Year at the Gospel Music Association Dove Awards. Lecrae also won two of seven Dove Award nominations, one of three Stellar Award nominations and the 2010 Best Hip-Hop Music Video award from the Godspel Music Channel Music Video Awards.

Lecrae, a graduate of University of North Texas, is also co-founder and president of independent record label Reach Records. He currently resides with his wife and children in Atlanta.