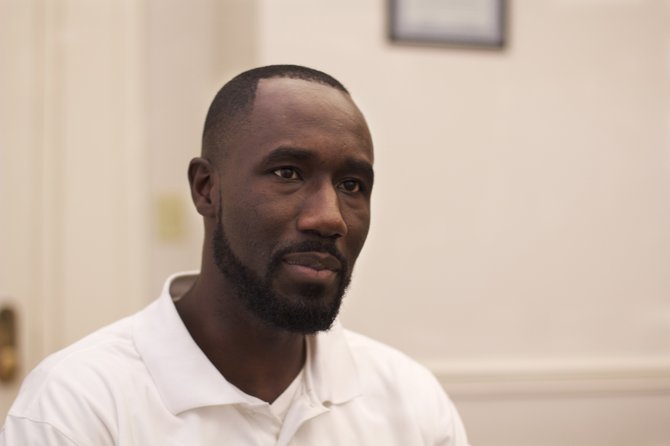 Not many days ago, Jackson State University announced a plan to expand its campus beyond the city limits of Jackson into Madison. Many Jackson supporters received this announcement with enthusiasm about the university's future as well as the opportunity to see JSU more proactively open her doors to a clientele that ultimately creates a more diversified Jackson State University.

For those who have kept up with Jackson State University over the last 20 years, this move should not be a big shock. Jackson State has been growing in program offerings as well as making a crawl across more and more acreage. This is the way of higher education. Progressive schools of higher learning are morphing to meet the demands of creating a more technically educated populous while catering to a convenience-seeking group of potential students. Mississippi State University has established extensions throughout the state. My alma mater, the University of Southern Mississippi, has an expansive campus that reaches from the Hub City of Hattiesburg to the Mississippi Gulf Coast. So, the idea of university expansion is not a novel one.

The reaction to JSU's announcement, however, was immediate. Tulane University, supported by Madison Mayor Mary Hawkins Butler, came out in opposition to Jackson State's expansion to Madison. Since then, we've seen Facebook debates and special news reports. Even the normal barbershop conversations have centered on the push back that Jackson State University has encountered from Tulane and Hawkins.

Tulane University established a satellite campus in Madison in 2010, almost three hours away from its parent site in Louisiana. Greeted with open arms as the first of its kind in Madison, the school has the obvious desire to maintain the level of exclusivity it currently enjoys. So, Tulane's "proposed" opposition against the JSU expansion is actually palatable.

What is not palatable is a question that has surfaced in this conversation from people on both sides of the issue. In some instances, both proponents and opponents of the move are asking, "Why does JSU want to expand to Madison?"

I submit that we are asking the wrong question. Maybe the question we should propose is, "Why shouldn't JSU expand to Madison?" Is it really the competition factor? If so, does it mean that Madison is closed for business to any other state-supported institution of higher learning proposing to expand there?

Why not JSU? Riddle me that, Batman!

Tony Yarber is president of the Jackson City Council. He represents Ward 6, and will be running for re-election this year.

Mississippians would like to deny, deny, deny, that race remains the "ELEPHANT" in the room. It is really too bad that this state screams with each & every step toward inclusiveness & diversity. JSU's expansion can only ADD credibility to the state. It begins to say to the world that people in this state are moving from regressive, stagnant, and a bigoted culture to one of INclusion and progress. I can only hope that forward thinking people will speak up loudly and courageously to do what is R I G H T !

Personally, I opposed Tulane's expansion into Mississippi. It represents a potential drain from our already extant community colleges and four-year colleges and universities. But, it happened nonetheless. One could understand Mayor Hawkins-Butler's opposition to JSU expansion into Madison as it represents a drain on Tulane's catchment. Regardless, I would doubt that one could complete a four-year degree at the Madison campuses of either JSU or Tulane and one would, therefore, have to travel a little farther down the road to complete their degrees.

I would argue that JSU's expansion does not add credibility to Mississippi but only to JSU. It is useless to cry racism for every perceived insult and counterproductive to the argument in question.

In Mississippi darryl, racism isn't perceived. It's practiced here every day. Those who deny it choose to close their eyes to it or can't understand it because they haven't experienced it. And that's fine. You're certainly entitled to your opinion. mayor butler is no exception to the rule. Although in her case, elitism and privilege is also evident.

One would hope that being the mayor of a city entitles one to a bit of "elitism and privilege." They are, in a sense, in the visible position of trying to advance and protect the image of their city. As for the civics lesson on racism, well, one would assume that practically every -ism is practiced in a pro- and con- fashion depending upon one's perception.

Tony Yarbor, President of Jackson City Council, posed the question, "Why Not JSU?"

Now, Riddle me that, Batman!

Will someone please define what Mayor Hawkins meant when the used the word "ELEMENT" in her following statement to media.

"We don't want THAT ELEMENT here."

I already said this on Tony's Facebook page, but I just wanted to add it to this thread as well -

Here is the thing that kills me with the comments from the Madison Mayor – as a Mississippian – I REPEAT AS A MISSISSIPPIAN - your first priority should always be home (MISSISSIPPI)! I repeat, YOUR FIRST PRIORITY SHOULD ALWAYS BE HOME! Whether you live in Desoto County, Harrison County, Lauderdale County, Warren County – if a state funded institution of higher learning from your state, in which your county resides in, wants to open an extension branch in your respective county – who should take priority – the instate institution or the out-of-state institution? This is a no-brainer – you need to take care of home, add in the fact the metro area!?

Jess for the record not every white student at JSU gets a minority scholarship. I personally think this campus is more likely to benefit many none traditional students seeking to cut drive time into Jackson rather than increase diversity. However, please bare in mind Jess that thanks to the BS ruling in the Ayers case JSU can not get their part of the money without increasing non black enrollment.

Why can't we stop dancing around Mary Hawkins' REAL motivation for not wanting This "ELEMENT" in Madison? "Element" is CODE for BLACK.

Dwan, I don't mean to offend you, but, Mary Hawkins does not speak gingerly, kind, warm or fuzzy about JSU: She verbalizes and promotes a model wherein buildings and people look - a- like. Your argument about MISSISSIPPI being your "first priority" falls on insensitive ears . The "home" for JSU is Jackson, MS and the location is JR Lynch Street.

Multiculturegirl, I admit that the Ayers case stinks; however, five million dollars is not enough for Jackson State to be held hostage. Opra Winfrey gave my almamater (TennSU) 20million.

JustJess - EmphasisYour argument about MISSISSIPPI being your "first priority" falls on insensitive ears . The "home" for JSU is Jackson, MS and the location is JR Lynch Street.

So your are saying that Jackson is a foreign country within Mississippi to people like Mary Hawkins?

If it is - well then I already know that - it's obvious from the statements people make on the various local news websites.

But Jackson is in Mississippi - just like Madison and Rankin counties are as well.