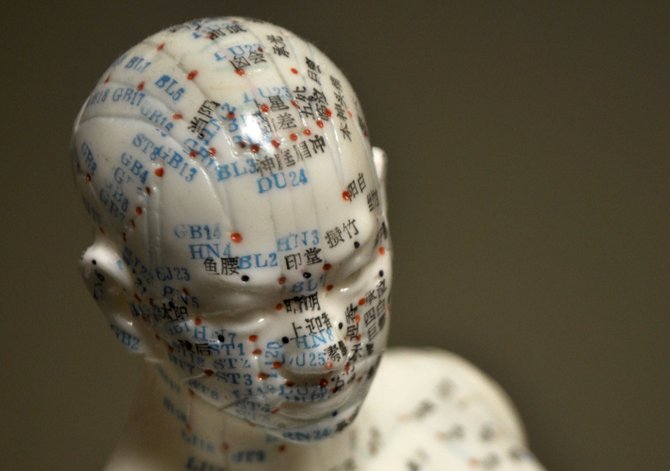 Dennis Holmes is one of the few licensed in acupuncture in Mississippi. 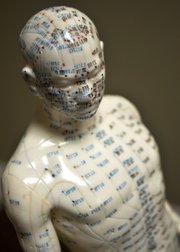 I'm not sure what I expected an acupuncturist to look like, but Dennis Holmes wasn't it. He is slim, 40ish, with a Mr. Rogers manner and look (sans sweater). No Fu Manchu moustache or skullcap, and no incense burning in dark and dimly lit rooms. Disappointingly, Holmes' office was absent of strange contraptions, straps hanging from the ceiling, mysterious-looking containers full of fossilized fish teeth, golden-frog secretions or the sap of a manchineel tree.

Holmes, one of the few licensed practitioners of traditional Chinese medicine in Mississippi, he told me how acupuncture adjusts the flow of qi (pronounced "chee") to treat specific health problems. But my western, scientifically trained mind felt like it was having an out-of-body experience.

He explained that qi moves along meridians in the body and, if this qi gets out of balance, it may become stuck or lower in one area, causing the patient to display many kinds of symptoms. Acupuncture can help to restore balance.

Acupuncture is an ancient wellness technique involving the insertion of multiple thin needles (or fine wire, since they lack the hollow centers of traditional medical needles) into specific spots on the body. In the past several years, acupuncture has gained followers in the western world, spurred in part by several celebrities and athletes endorsing it.

"But what is qi?" I wanted to know. Wikipedia says qi can be translated to "life force." Holmes is quick to point out that Oriental medicine tries to treat the root of the problem, and that acupuncture is only part of a therapy that may include herbs, Chinese massage and relaxation techniques as well as dietary changes. (I wondered to myself how relaxed could I be if I had a bunch of needles sticking in me.)

The Mayo Clinic website reiterates the idea of qi, but adds, "In contrast, many Western practitioners view the acupuncture points as places to stimulate nerves, muscles and connective tissue. This stimulation appears to boost the activity of your body's natural painkillers and increase blood flow."

Although I was curious about credentials for this kind of work (I mean, how hard can it be to stick needles into people, serve tea and play some music?), Holmes said he did a three-year master's program in Oriental Medicine at the Texas College of Traditional Chinese Medicine in Austin, Texas. He had a home private practice and then worked for two years at St. Dominic's before returning to his own practice.

Continuing to fight skepticism, I spoke with Gen Barbour, a woman in the quiet part of life who sounds like my grandmother and lives in Belhaven. She told me that she has been taking acupuncture treatment for over a decade, and that it is the highlight of her week. She doesn't use the treatment for any specific aliment, but as a preventative action.

"I had asthma and acupuncture helps to prevent respiratory problems," Barbour explains. She says that the treatment is relaxing, and she feels no pain from the needles—in fact, she has no idea how many are inserted. After finishing physical therapy for a broken arm, she wasn't satisfied with the range of motion in her arm and went to Holmes for treatment.

Acupuncture increased the range of motion and the strength in her arm.

Western medicine does not have a consensus for how acupuncture works, but the practice has been around for thousands of years—in my experience, if something is a hoax, dangerous or bad for you it usually comes out in less than a couple of thousand years.