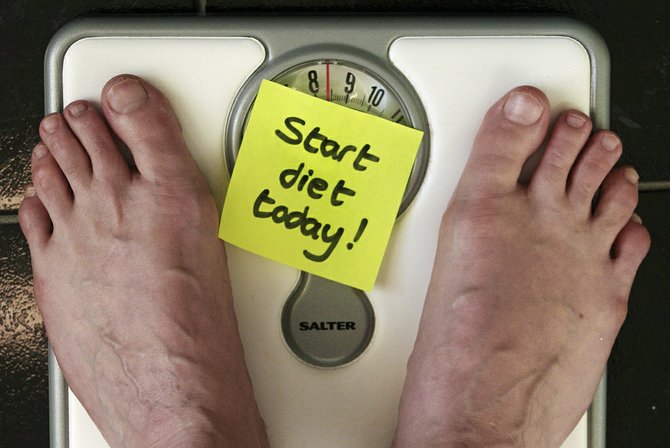 Mississippi is ranked the least healthy state this year, as it was in 2012. Contributing to its low rating were the high prevalence of obesity, physical inactivity and diabetes.

An annual state-by-state survey says the country is making good progress in improving its overall health—including a flat obesity rate and a lower rate of smoking. But individual states, especially in the South, continue to lag.

The 2013 edition of "America's Health Rankings" by United Health Foundation, the American Public Health Association and Partnership for Prevention says that, "for the first time in decades," the nation's obesity rate did not rise between 2012 and 2013. Americans are also becoming more physically active, the report says.

"We should certainly celebrate these gains," said Dr. Reed Tuckson, external senior medical adviser to United Health Foundation. "I am hopeful that the leveling off we see in America's obesity is a sign of further improvement to come."

The report ranks Hawaii as the healthiest state, bumping Vermont, which held that spot in 2012, down to second place. Minnesota rounds out the top three. Nine of the states ranking in the top ten were in the Northeast or West.

Mississippi is lowest ranked, as it was in 2012. Contributing to its low rating were the high prevalence of obesity, physical inactivity and diabetes. Of the ten lowest-ranked states, only Indiana is not in the South. Numbers 47 through 49 are Alabama, Louisiana and Arkansas, respectively.

Mississippi, which has ranked in the bottom three states since the report was first issued in 1990, is in the bottom five states in 15 of the report's 27 measures, but ranks well for childhood immunization and a small disparity in health status between social groups.

America's Health Rankings uses mostly federal data from sources including the Centers for Disease Control and Prevention, the Environmental Protection Agency, the Department of Labor and the Federal Bureau of Investigation.

Each metric is given a weighted portion of a top possible score, and then states are compared to the national mean score. A score of zero means a state is even with the mean. Scores ranged from .92 above the mean for Hawaii, to .89 below it for Mississippi. States scoring closest to the mean were Arizona, Pennsylvania and Illinois.

Among the states with the biggest decline in rank from 2012 to 2013, is Wisconsin, which fell from 13th to 20th. Wisconsin saw an increase in both obesity and violent crime, coupled with a decline in adolescent immunizations.

Despite what the report identifies as positive new metrics and potential trends nationwide, Dr. Harvey Fineberg, president of the nonprofit Institute of Medicine, concludes in a commentary accompanying the report that, "America's health system is neither successful nor sustainable. If we as a nation are going to achieve our potential for health we will have to face up to three great tasks: "provide care at lower cost, foster a culture of health and invest in research in prevention and treatment."