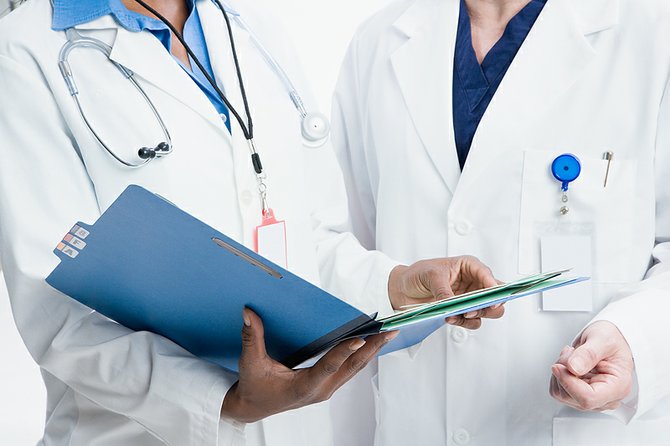 Online health insurance marketplaces, which were created as part of the health law, are key to the overhaul's goal of expanding coverage to millions of uninsured people. Photo by File Photo

For the 16 states and the District of Columbia that have opted to run their own online health insurance marketplaces, these are among the tools being used to make sure residents know the exchanges will be open for business Oct. 1. (Other states will either operate exchanges in partnership with the federal government, or will turn the task completely over to it.)

These marketplaces, which were created as part of the health law, are key to the overhaul's goal of expanding coverage to millions of uninsured people. But for that to happen, those same people have to use them. That's why states are stepping up to the plate to sell the concept. Here's an alphabetical list of state exchanges and a sampling of their strategies, ranging from clever advertising to unique health exchange names:

Covered California will place ads through April 2015 and has hired two PR firms, Weber Shandwick and Ogilvy, according to an article by the San Francisco Business Times.

Connect for Health Colorado is following the example of Massachusetts in 2007 by showing informational videos during the Colorado Rockies baseball games. Similarly, the Department of Health and Human Services featured Washington Nationals' presidential mascot Teddy Roosevelt in a one-time, jumbotron public service announcement during HHS Night at the park.

Access Health CT (Connecticut) is opening brick-and-mortar stores in malls and urban areas to target those most in need of health insurance. This is the only state opening storefronts, according to an article in the Hartford Courant though some insurers are also using this model.

In late September, DC Health Link is hosting two-hour training sessions in person and online to get District-based insurance brokers up to speed on the marketplace. The D.C. Health Benefit Exchange Authority is also holding town hall meetings to speak with residents directly.

The Hawaii Health Connector is partnering with 34 nonprofit community health organizations statewide for education and outreach, according to Pacific Business News.

With key parts of the health law scheduled to take effect in less than six weeks, the state announced on Aug. 20 the name of its online marketplace—Your Health Idaho.

Kynect, the Kentucky marketplace, will use an informational cartoon to explain the state's health care options and used the Kentucky state fair as a marketing opportunity.

The Maryland Health Connection explains its health exchange with a short cartoon. (Washington state has a similar video on its exchange website.)

In 2007, as part of its landmark state health reform law, Massachusetts Health Connector teamed up with the Boston Red Sox, running advertisements in between innings. It now serves as a model for many marketing approaches in other states. Here's an example.

MNsure, Minnesota's exchange, has enlisted two well-known icons, Paul Bunyan and his Blue Ox Babe, to help spread the word about the insurance marketplace. In a series of print, radio and TV advertisements, the characters find themselves in precarious situations that require health coverage.

Nevada Health Link is taking a hands-on community approach to advertising its exchange by showing real-life anecdotes of the uninsured in ads and going door-to-door, the Associated Press reports.

New Mexico Health Insurance Exchange awarded a PR contract two months before the marketplace opens for business. Among other strategies, the state will provide target outreach and education to federally recognized Native American tribes, including a specific website for this population in the state.

The New York State of Health will roll out its advertising right before enrollment begins Oct. 1, the New York Times reports, though one ad was posted to YouTube when the marketplace's name was unveiled.

Cover Oregon is using TV ads, notably this catchy tune, to advertise the insurance marketplace by singing about living long in Oregon.

Health Source RI (Rhode Island), with the tag line "Your Health, Your Way," will use this informational video to show the health insurance marketplace on a personal level.

Vermont Health Connect has created a customized health exchange experience, according to the Burlington Free Press.

In Washington state, the Washington Health Plan Finder is considering unconventional methods such as printing ads on prescription drug bags and advertising on the Pandora Internet radio site, Politico reports.