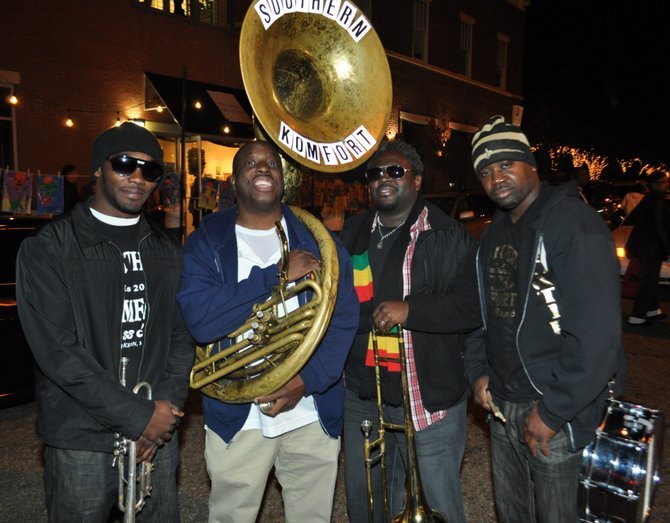 The band averages about six performances per month, usually at weddings, private parties and social events. The men of Southern Komfort enjoy doing second line-style performances—being in the crowd and leading dance lines. At "Bright Lights Belhaven Nights," however, the band will take the stage.

"A lot of people are not too familiar with us playing on a stage, but we have a wide range of music that we can perform," Abrams says.

Its repertoire includes R&B, hip-hop, jazz, rock, and pop cover songs such as "Sweet Dreams," "Down Home Blues" and "Let's Get It On." From time to time, they also incorporate some blues and reggae. In addition, Gayden wrote several original songs for the band within the last two years.

Southern Komfort aims to please crowds of all sizes. "Be ready to dance and have fun," Abrams says.