Come Out as an Ally | Jackson Free Press | Jackson, MS

Come Out as an Ally 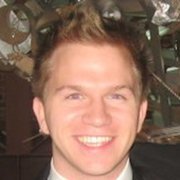 His cold, blue eyes—that's all I remember.

It was the late 1990s, and during a routine day at school, one of my friends called another student a "f*cking weird faggot." We didn't really know the boy's sexual preferences, but we thought he was gay. He shrugged off the remarks and moved on with his schoolwork.

Not straying far from the norm, the moment didn't register with me until I looked into his eyes. I can't recall the subsequent reactions or anything else from that day; all I can remember about that moment was seeing the boy's eyes. They were filled with pain and fear, anger and resentment. His blue eyes, the same color as my own, were eerily cold and distant.

Like usual, I chose to do nothing at that moment. As one of many who often stood by and watched others endure this type of daily pain, I was part of the problem.

For years, I continued to stand by and allow anyone to taunt, bully, and ridicule others based on their actual or perceived sexual orientation or gender identity.

Often, with contempt or in jest, I engaged in this bullying behavior when I told others they were "faggots" or "homos" or said, "That's so gay," when I witnessed something I thought was beneath me.

Even as I aged, got educated and learned other perspectives, I remained silent when others spewed words of hate and bigotry toward people for being who they are.

Although I believed in equality and supported LGBT rights, I rarely mustered the courage to voice my concerns in person. I was fearful of others calling me gay or questioning my masculinity. But that veil of insecurity perpetuated the problem. Many heterosexuals support lesbian, gay, bisexual and transgender rights. Many also support anti-bullying measures, LGBT adoption, same-sex marriage and the repeal of the Defense of Marriage Act; however, they continue to remain silent.

Coming out as an LGBT ally can be difficult to do, but it pales in comparison to the difficulties LGBT folks experience who come out every day. We don't generally face discrimination in the workforce, in public places or schools because of our sexual orientation. We don't have politicians and religious figures vehemently speaking against us and our personal lives.

It would be far from reality to say my journey of coming out as an ally is complete. I'm merely in the beginning.

Last year, I decided to confront my insecurities. I created a group called Straight Against Hate in the early months of 2011. I want the group to partner with local LGBT groups and emphasize the involvement of heterosexuals in a joint effort to end discrimination based on sexual orientation and gender identity.

Straight Against Hate is a small step, but it is progress. Too many heterosexuals consider the LGBT-rights movement as something they can't be a part of, but they're wrong. It isn't just a "gay rights" issue, it's a human rights issue. The more we advance LGBT rights, the more we advance human rights and help move America toward the dreams it promises.

Think about it: In Mississippi, where no statewide protections exist, people can be fired from their jobs, denied housing or public accommodations for simply being perceived as LGBT. In American schools, LGBT students are more likely to be bullied and more likely to attempt suicide. Only a handful of states legally permit same-sex marriage, which would grant same-sex couples the same 1,138 rights, benefits and protections as married heterosexual couples.

It's time for straight people to wake up. There are millions of silent ally voices that need to be heard.

Coming out as an ally, whether it is in the workplace, in school, church or at the dinner table, can be difficult and straining; however, voicing your concerns with others, signing petitions or getting involved in advocacy will not only help you, it will help your fellow citizens, too.

Imagine your former school as a place that ensures a safe, positive learning environment for all students. Imagine your place of worship as a holy sanctuary that is open, affirming and welcoming of all people. Imagine local, state and federal governments as appreciative, compassionate and protective of all people.

Imagining these wonderful things might give you a warm, fuzzy feeling inside, but without action, it simply isn't possible.

I was part of the problem and now, I'm hoping to be part of the solution. If you haven't done so already, I hope you'll consider doing the same.

For more information about Straight Against Hate, send an email to [email protected] or visit the organization's Facebook page.

This is inspiring. And takes guts, even in 2012. Congratulations Emory. You've got amazing things ahead of you. I am really proud to know you and share a hometown and alam mater with you.

Great article!!! We are all responsible for combatting hate!!

This is a great article!! It is everyone's responsibility to stand up against hate!