AP Analysis: Miss. No. 2 in Imprisonment 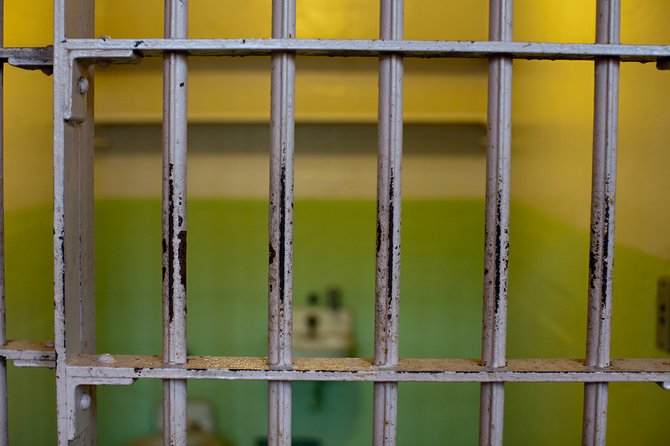 The state system has more than 22,000 people in custody and 39,000 under supervision. Photo by Dnak

JACKSON (AP) — Corrections Commissioner Christopher Epps likes numbers and he had plenty this past week when he appeared before legislative budget writers.

— Mississippi is leader in average prison sentences, at 6.05 years compared to a national average of 5.42 years.

— 78 percent of the inmates use alcohol or drugs and many committed crimes while under the influence or to feed a habit.

— The Mississippi Department of Corrections needs about $30 million as soon as possible cover a deficit this year, and that's before lawmakers start looking at new budget figures for the fiscal year that begins next July 1.

"There's nothing in this deficit that we can do without in terms of public safety," Epps told members of the Joint Legislative Budget Committee.

Epps said he's under a federal court order to move youthful offenders 17 and younger into a separate facility at the prison in Rankin County. The move will require some renovations and more staff.

He said a population growth of 1,126 inmates over the past year requires more corrections officers.

There also is about $3.3 million in repair work needed at various facilities.

And dormant Unit 32, which once housed death row and mentally ill inmates in conditions that prisoner advocates described as inhumane, may have to be reopened, Epps said. He is asking for money to make repairs.

The unit, which was shuttered in January 2011, once held 1,000 men, from gang leaders to petty thieves to mentally ill inmates. Prisoners were kept in isolation 23 hours a day, often behind full metal doors in stifling cells with broken lights, yet violence was common between inmates and guards and among the inmates themselves.

Corrections officials removed the inmates as part of a settlement in a 2005 lawsuit by the American Civil Liberties Union.

Epps' numbers on average sentence length and average length of stay in the prison system led to a discussion of how judges sentence those convicted in their courts.

Epps said Mississippi is not alone in struggling to pay for growing prisoner populations. He said California has gone so far as to reduce some crimes considered felonies to misdemeanors. He said other states have reduced sentences for some felonies.

"I am not suggesting we do that," Epps said.

Epps said — and some lawmakers agreed — that sentences handed down by judges are not consistent across the state. He said the Legislature might consider sentencing guidelines, or standards for judges to follow — similar to what's used in federal courts.

While the U.S. Supreme Court struck down sentencing guidelines in 2005, federal judges still calculate the sentence based on the old guidelines, with numerical values given for factors such as the seriousness of the offense and the defendant's criminal record. Judges are not bound by the result.

The disparity in sentencing in Mississippi, said Rep. Greg Snowden, R-Meridian, should be reviewed by lawyers, judges and others. He said while sentencing guidelines are probably not desirable, some changes could be made.

Epps said some relief has come through earned time off sentences and medical leave, but more could be done.

"We've kind of kicked the can down the road. We've just got to look at different things," Epps said.

House Corrections Chairman George Flaggs, D-Vicksburg, said he and Judiciary B Chairman Andy Gipson, R-Braxton, will get their committees together in October to look at sentencing and other issues.

If you do a follow up article, I would be interested in seeing some additional analysis if the data is available for certain comparisons to be made.

Since the sentences in MS are about longer 10%, part of the difference in incarceration could be attributed to that.

How does the rate at which we put people in jail compare to the reported crimes? Are we above average or below average in jailing people for reported crimes (using that as proxy for the actual crime rate).

How does the rate at which we put people in jail compare to the convictions. Knowing that would give us a sense of whether we simply have more convicted criminals (some of which may not go to jail) or have a higher rate of incarceration for a conviction of a crime of similar severity.

Do we have a higher rate of convictions for more serious crimes or more repeat offenders, either of which could lead to a higher probability of incarceration and a longer sentence?

I don't have any preconceptions on what the answers will be. The deeper understanding might give us a better sense of where to focus attempts to improve the situation, i.e. should we put the primary focus on reducing the rate and severity of crimes committed or on reforming the post conviction sentencing.

CORRECTION: JACKSON, Miss. (AP) — a Sept. 21 story, The Associated Press reported erroneously that Mississippi leads the nation in the rate of incarcerated people per 100,000 residents. The Bureau of Justice Statistics says Mississippi was No. 2 in the nation, behind Louisiana, in 2010, the latest period for which data was available. The story was about the challenges facing the Mississippi Department of Corrections as its inmate population grows.

The fact of the matter is this. . . People can change. People can repent and become productive members of society even if their crime seems unforgivable such as murder etc. There has got to be a better litmus test as to who can be let out on parole and other such programs. Incarceration though necessary, is not the answer. If it is we are going to spend all our money on prisons.