In Search of an Honest Portrayal 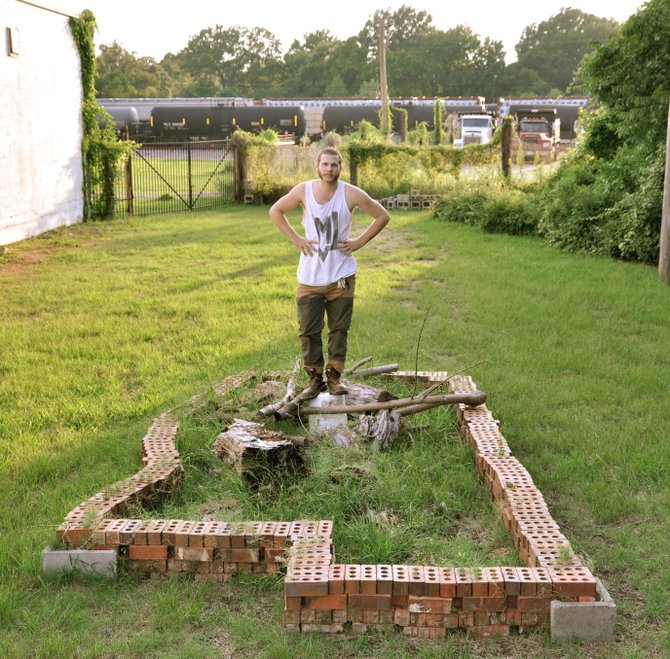 Greg Gandy (pictured), Vincent Chaney and Lauren Cioffi are making a documentary about Mississippi subcultures to "show the transition from the older generation's set of cultures to the younger generation's." Photo by Courtesy Allie Jordan

The subSIPPI team leans into a computer screen, entranced by film footage of Jackson's Urban Gardening initiative. Greg Gandy, Vincent Chaney and Lauren Cioffi plan to include the footage in their subSIPPI project, an exploratory documentary they call, "An honest portrayal of Mississippi. A search for diversity that is to be found within the state that has otherwise gone unnoticed."

Their mission is to road trip throughout Mississippi while documenting various subcultures. In turn, they'll use what they gather to create resources that will allow Mississippians and outsiders alike to find pride in the state.

In their two-part project, the subSIPPI documentary and subsippi.com, Gandy, Chaney and Cioffi plan to spotlight Mississippi's diverse ways of life.

Chaney, 21 and a senior at the University of Southern Mississippi, Gandy, a studio painter at the North Midtown Arts Center, and Cioffi, an urban gardener primarily working in west Jackson, decided to collaborate to highlight the culture and help cultivate a sense of place. They used the fundraising site Kickstarter to raise the startup capital needed to drive around the state in search of interesting voices. The team plans to interview people in every county or area about their respective expertise. "Mississippi is already uplifting itself, and it has been trying to for a long time," Gandy says. "We're just trying to help it go one step further. It can either happen now, or it can happen later. We would rather it happen now."

Chaney asserts that while Mississippi's past is absolutely important, it shouldn't necessarily dictate our state's future. "If we can build a documentary that's giving people the resource of our culture--a very real culture--then we can cultivate a sense of place: the Mississippi way of life in 2012," he says.

Cioffi, 25, gardens with Jacksonians from all stages of life, 6-year-olds to 75-year-olds, and she says this has helped shape the way the subSIPPI documentary will be composed.

"It was really interesting to see how the kids were living in present-day Mississippi but still connected back to a sense of history and place with the older people in the same moment of time," Cioffi says.

"We're hoping to tie that into subSIPPI as well--working from the past but also seeing how that has created this new generation and, now, how they're taking hold of the new Mississippi."

The subSIPPI project began partly in response to national media's portrayal of a Mississippi opposed to progressive ideas, and ultimately a backward place. In particular, the trio says, Bill Maher produced a video that interviewed various Mississippians about politics that the subSIPPI team felt epitomized a severely limited portrayal of the state. Unlike Maher's cherry-picked interviews that they believe fulfilled preconceived notions, Gandy, 22, says that they are willing to give a voice to anyone who wants to be involved.

They want to remove themselves from the film as much as possible, to remain an "open lens."

Chaney, Cioffi and Gandy certainly agree that Mississippi's "sense of place" has long been misunderstood: Outsiders often have a negative view of the state, and natives often do not possess pride for their own state.

Though they all agree that Mississippi has room for improvement, Chaney says the state is more than just a statistic.

"When you look at Mississippi from a holistic point of view, you can take pride in what you find. All too often we can find fault in the situation, but it's a lot more worthwhile to look at progression," he says.

Indeed, Mississippi has progressed in many ways, and Chaney believes that truth is found in context.

"There are just so many things going on in the state. We're not trying to eradicate the southern way of life," Chaney explains. "We want to capture energy and portray what it's like in Mississippi. I can hope that subSIPPI will capture the honest energy in Mississippi."

The subSIPPI filmmakers started the filming process Aug. 1, and they will continue throughout September and October, then edit until the end of the year. They plan to film communities across the state, including Cats Purring Dude Ranch, a musicians' commune in Oxford; Magnolia Grove Monastery, a Buddhist monastery in Batesville; and the Mississippi School of the Arts in Brookhaven. The amount of time they will spend with each group is different, but typically, they will spend one night in each place. "These are only a handful of the great things our state has to offer," Gandy says, "Every subculture is useful to the advancement of Mississippi." The three plan to premiere the documentary in the early months of 2013.

"It's a focus on past, respecting what's transpired, appreciating the present, and looking to the future," Chaney says.

The subSIPPI team members are open to filming any community that desires to be part of the documentary. They encourage groups around the state to contact them by emailing them at [email protected] or facebook.com/subsippi if they'd like to be filmed. Another way to support the subSIPPI project is by purchasing subSIPPI apparel from their Etsy site.