Cochran Retirement Could Be Interesting 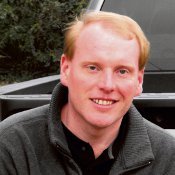 I admit: I thought when Sen. Trent Lott retired, Congressman Chip Pickering and former Attorney General Mike Moore would be the top contenders for his seat. Neither ran.

The suspense is going to build up again across Mississippi in the next few months, and the question is: Will Sen. Thad Cochran retire from the U.S. Senate when his term expires in 2014? If he does, who will replace him?

I don't see any of the three GOP congressmen running, which is unusual because this state has a history of promoting representatives to the Senate.

The GOP lineup could well be State Auditor Stacy Pickering and Secretary of State Delbert Hosemann. The wild card will be state Sen. Chris McDaniel, R-Laurel. McDaniel is a Tea Party favorite and will get a lot of votes from the far right wing of the Republican Party. That could be enough to carry the day in a GOP primary, especially as it will be an off year without a presidential race to generate turnout.

On the Democratic side, I believe we can count Attorney General Jim Hood out. I thought he would run, but party insiders tell me he will stand for re-election in 2015 or maybe make a future run for governor. He wants to stay in Mississippi.

Clarksdale businessman Bill Luckett, who made an unsuccessful attempt for governor last year, would also be a credible candidate and has plenty of resources to finance another statewide race. Luckett would have the advantage of running as a Washington outsider. Also, former U.S. Rep. Travis Childers, from north Mississippi, has a lot of support through the courthouses and could make an attempt for the Democratic nomination.

If President Obama is defeated in November, look for Navy Secretary Ray Mabus to return home and run for the Senate seat. As Mississippi's governor from 1988 to 1992, a former cabinet member and an ambassador during the Clinton administration, Mabus could raise a lot of funds.

If the GOP does not win back the Senate in November, I wouldn't be surprised to see Cochran announce his retirement plans after the 2012 General Election; however, if the Republican party gains the majority in the Senate, Cochran would be in line for a chairmanship of a powerful committee. That gavel would be hard for him to turn down.

When Cochran was first elected to the Senate in 1978, I was 4 years old. He succeeded Big Jim Eastland after Eastland retired. That race was between Cochran, Democrat Maurice Dantin of Columbia and Fayette Mayor Charles Evers, the brother of the late Medgar Evers, who ran as an independent. Cochran did not receive 50 percent of the vote, but he won by the numbers. If Dantin and Cochran had run without Evers, there is no doubt in my mind that Cochran would have never been a U.S. Senator.

A friend of mine who I used to work with in Winona always said, "Things will come back to see you." If the GOP in Mississippi doesn't satisfy some in the right wing of the party, McDaniel may run as an independent like Charles Evers did decades ago. And that could give the Dems the lift they need, just like the GOP got in 1978.

Ken Strachan is a former mayor of North Carrollton and serves as Carroll County coroner.