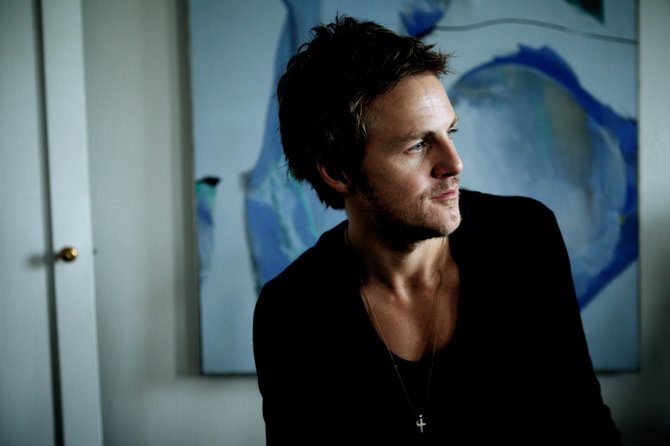 Laurel-native Charlie Mars has finally found a sound that distinguishes him from other singer/songwriter rock stars. Photo by Courtesy Josh Franer

Charlie Mars has been writing songs and playing in bands since he was a high schooler growing up in Laurel. That has been quite a few years ago now, and his career has seen quite a few transformations over those years too. But he hit his stride with 2009's "Like A Bird, Like A Plane" on the heels of the breakout hit song "Listen to the Darkside."

As part of a nationwide tour to support his latest and sixth full-length album, "Blackberry Light," Mars will perform at Duling Hall on Friday, Oct. 12. Though much of this tour is marked by solo performances and supporting roles for Steve Earle and Citizen Cope, the Oxford resident will play this home state gig with a full band in tow. That's a good thing, because while Mars' vocals and songwriting are the main crowd-pullers, he and his mates cook up an enticing sonic stew on "Blackberry Light." The record elicits a comfortable, atmospheric space for Mars, one that infuses barefoot grooves and acoustic jams with reggae beats and even a dash of funk here and there.

On the track "Picture of an Island," for instance, sparse percussions and an infectious whistling refrain set the stage for a suave vocal delivery with Mars coaxing the listener to hop in a boat and "take something to ease our minds." Similarly, the smooth sway of the title track benefits from a chorus as catchy as anything he's ever written along with a reggae groove with a deep low-end and a swirling organ fuel "Let the Meter Run."

Sonically, the album is akin to the previous release in that it possesses an ethereal quality that Mars credits in part to producer Billy Harvey (who also helmed "Like A Bird") and Tchad Blaton, who mixed "Blackberry Light."

"Tchad Blaton mixed the record, which has been a big difference," Mars says. "He mixed the last two Black Keys records. He mixed Crowded House, Peter Gabriel's Up. He's just someone I always dreamed of working with. It took a long time to do. He did a great job."

That atmospheric tone provides a common thread to these songs, but that doesn't mean they're all easy-going. Mars gets gritty with the bluesy bluster of "Back of the Room" while "How I Roll" is a funky, hard-driving rocker that explores themes such as indulging predilections for mind-altering substances and generally embraces one's darker tendencies.

It's a balance that works well for Mars, who says he feels that he has finally found his own sound to distinguish himself from similar artists. But the field for singer/songwriter rock stars is still a crowded one.

"There's just so many dudes like me out there with their acoustic guitars singing about their girlfriend," Mars says. "I'm well aware of it. It has been done. So what are you bringing to the table? I hope that I am doing something different. I'm just always trying to keep it real."