A Second Chance in the Showboats 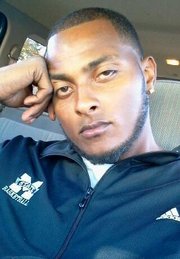 Dietric Slater is finding a new home on the court with the Jackson Showboats team.

Dietric Slater is tall, sheepish and a past Mississippi State basketball star looking to start his professional basketball career with the ABA Jackson Showboats.

Slater committed to MSU out of high school and played shooting guard and both forward positions right away during his freshman season.

In his senior season, Slater was arrested for what he called an accident. After pulling him over for a routine traffic stop, a police officer found a prescription pill that belonged to his godmother.

After his arrest—and failing a drug test—the school suspended Slater for half his senior season. Slater believes his indiscretions were much ado about nothing.

His college career ended when West Virginia hit a last-second shot in the semifinals of the 2007 NIT. He had exhausted his college eligibility, and Slater didn’t know what to do next.

“I got no back-up from my coaches after my mistakes my senior year and no help on how to get to the next step,” Slater says. “I felt like scouts held those mistakes against me, and it hurt me (from) being able to play overseas.”

Slater returned home and got a job but didn’t love working a normal 9-to-5. His first love was basketball, and he felt like he could still play but didn’t have a plan for making that happen.

While working, Slater would play pick-up games, and he helped a friend who coached at South Jones High School, working with both the boys’ and girls’ teams. He would play in chuch leagues and anywhere he could.

A single mother raised Slater and his younger brother and sister in a rough neighborhood in Wayne County. When his college career was over, he went back to that neighborhood. He stayed lost and clouded over what to do next with basketball.

Out of the blue, Slater got a call from Showboats General Manager Grant Worsley who asked him if he wanted to try out for the first-year ABA team that would be forming this fall. Slater knew that if he could make the Showboats, he had another opportunity to show people that he could make it out of Wayne County and let others know they could do something with their lives as well.

“I thank Grant for calling me,” Slater says. “Not a lot of people get a second chance, and it has driven me to work harder. I am blessed to have this second chance.”

Slater is working on a bachelor’s degree in psychology through online classes at Mississippi State. He believes his future lies in coaching.

Slater is also playing for a better life for his 5-year-old daughter, Dawson, and 1-year-old son, Zaylon.

At 28, Slater is the “old man” of this new ABA team. He feels the door is closing on his playing career because of his age, but admits his age doesn’t bother others in the sport as much as it bothers him. The Showboats see Slater’s age as a strength. He has taken the younger players under his wing to help them make good decisions and remember that this level of basketball is a business.

“I hope to make a name for Mississippi, represent my state, my family and myself as a positive thing in a state that doesn’t always get recognized for positive things” Slater says. “I want to put this team on my back and make this first year successful.”

Slater says his short-term goal is “to fight for a better life for my family and myself.” Long-term, he’d like to be seen by someone in the NBA D-League or overseas.

The way things ended at MSU still haunts Slater, and this is a second chance for him to prove to himself and others that he can make it. He can’t wait to show people his heart, toughness and all he has to offer, still, as a basketball player.

The Jackson Showboats began play Nov. 10 against Memphis. Follow the Showboats on Twitter at @JXNShowboats. For more information, call 601-957-7373 or visit jxnshowboats.com.