Will the U.S. Supreme Court Gut the Voting Rights Act? 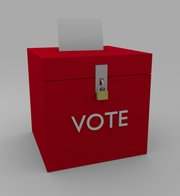 • Number of days after the 2012 election that the U.S. Supreme Court announced it would hear Shelby County, Ala.'s challenge to the Voting Rights Act of 1965, a law that aims to protect racial minorities from discrimination at the polls: 3

• Number of states covered by the VRA's Section 5, the target of the challenge, which requires the U.S. Department of Justice to approve any changes to election rules before implementation: 9

• Of those states, number in the South: 7

• Number of counties covered by Section 5: 57

• Of the 11 states of the former Confederacy, number that passed voting restrictions since the 2010 election that would make it harder for minority citizens to cast ballots: 8

• Number of Michigan and New Hampshire townships covered by Section 5: 12

• Of the voting rules changes considered by the DOJ under Section 5, percentage that have been denied: 1

• Year in which Congress last authorized Section 5 for another 25 years in an overwhelming vote: 2006

• Date on which a three-judge panel unanimously held that Florida could not slash the period for early voting, citing the Voting Rights Act: Aug. 16, 2012

• Date on which yet another three-judge panel unanimously blocked Texas' new voter ID law, the strictest in the nation, citing the Voting Rights Act: Aug. 30, 2012

• Number of Republican state attorneys general supporting Shelby County's challenge to Section 5, which is financed by the Project on Fair Representation, a Virginia nonprofit also involved in the Supreme Court challenge to affirmative action: 6*

• Number of times to date that the Supreme Court has upheld the constitutionality of the VRA's Section 5: 4

• Date by which the Supreme Court is expected to hand down a decision in the case, titled Shelby County, Ala. v. Eric Holder: June, 2013