Stinker Quote of the Week: "Suppressing" 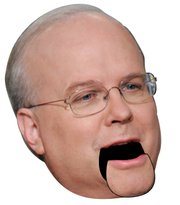 "(Obama) succeeded by suppressing the vote, by saying to people, 'you may not like who I am, and I know you can't bring yourself to vote for me, but I'm going to paint this other guy as simply a rich guy who only cares about himself.'"

Why it stinks: Where to begin? Once again, it seems that a conservative is attempting to appropriate words and change history. What Rove calls "suppressing the vote," most would call "campaigning."

"[N]ormally, the words voter suppression refer to efforts by the politically powerful to make it harder for people--especially people who might oppose the politically powerful at the polls--to cast ballots," wrote The Christian Science Monitor. Suppressing votes can range from sending mailings with the wrong election date to illegal physical intimidation at the polls.

Instituting a poll "tax," requiring potential voters to pass a test with nonsensical and unanswerable questions, and beatings, lynchings and bombings--all of which were used in Mississippi and across the South during the Jim Crow era on African Americans and those who supported their right to vote--are voter suppression. Many see requiring voters to present ID at the polls, with no evidence that it would address a problem, as voter suppression. One could also see a party's control of voting machine software and hardware as voter suppression--or shortening the times to cast ballots.