Islam and the Age of Reason 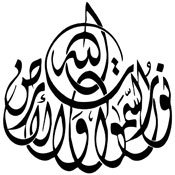 We've come to a time in history when we have forgotten the central role religion has played in the shaping of society. In fact, these are times that have brought unparalleled assaults on religion and religious ideas. Many adherents self-inflict those assaults. For example, Muslim, Christian, Jewish and other religious extremists, in this country and across the globe, have undermined the teachings of their faiths.

In the words of Thomas Cleary, preeminent translator of sacred texts and of the famed Sun Tzu's "The Art of War," (Shambala, 1988, $12.95) from his introductory comments to the translation of the Quran: "One aspect of Islam that is unexpected and yet appealing to the post-Christian secular mind is the harmonious interplay of faith and reason. Islam does not demand unreasoned belief. Rather, it invites intelligent faith, growing from observation, reflection and contemplation, beginning with nature and what is all around us."

Cleary acknowledges Islam's contribution to civilization and references the rivalry between the Church and western scientists, which led scientists to denounce religion—including Islam—as irrational and unscientific, denying its good works. Cleary further presents the argument that the Quran offers a way to fully embrace the harmonizing of faith and reason—religion and science—to bring about good works.

God revealed this idea to Muhammed, who was illiterate until God awakened within him the critical faculties of reasoning and inquiry as an example for the world. This is captured in the first five verses revealed to Muhammed in the Quran: "Read! In the name of thy Lord and Cherisher, Who created—created (humankind), out of a (mere) clot of congealed blood ... taught (the use of) the pen—taught (humankind) that which it knew not."

Muhammed saw this revelation—the command to "read" coming from God—as a reminder to himself and other common men and women that God had given them a brain and intellect, and that they were to use it.

Thus, Muhammed made the teaching of Tawhid and its core principles a top priority. To recognize that "there is no God but God" (the Creator) and that He made the systematic order of the universe, the reasoning from this is that God is One, i.e. the Unity of God—of truth, of knowledge and of humankind—all humanity is one. Man and woman are equal and free before God, and their true status is that of God's trustees. As a trustee, man or woman wears the crown of dignity and honor, and is superior over other creation. But this is only through learning, inquiry and study, and mankind will lose it if it follows the ways of ignorance. Thus, man and woman's moral obligation is to establish the Law of God—the rule of truth, justice and goodness on earth.

This philosophy freed human beings and set them in a new direction. It created infinite possibilities, wherein they could rise to any heights with no limit; they could aspire to infinity in pure intellect as well as in religious psychology. The only limit was God himself.

Muhammed's greatest contribution to humankind was the creation of this spirit of critical observation, bringing humankind out of the age of miracles and the supernatural, nonrational modes of consciousness and into the age of reason, experience and research. This anti-classical spirit of Muhammed's message represented an intellectual revolt against classic Greek philosophy and led to a revolution in the field of knowledge, laying the foundation of modern culture. The Islamic philosophy presented a dynamic view of the universe and rejected the old static view.

Islam's history presents the best argument for the promotion of faith and good works through its proven ability to harmonize faith and reason to move people to action to improve their individual lives and the lives of others. Muhammed introduced Tawhid through a massive public-education program for the poor and disenfranchised, and he made education a top priority. He initiated the inductive method of discovery of knowledge, laying the foundation for the principles of education. Muhammed left this as his example for reviving the human spirit and intellect.