[McGowan] The Attack on Republicanism 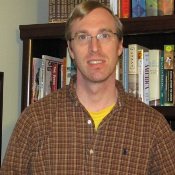 How ironic that Mississippi's capital city is named after Andrew Jackson. Last month, state Rep. Andy Gipson, R-Braxton, introduced a bill that would do precisely what Andrew Jackson feared lawmakers might try. Gipson's personhood resolution, and another like it in the Senate sponsored by Sen. Joey Fillingane, R-Sumrall, would once again ask voters in Mississippi to place an amendment in the state constitution that defines life as beginning at conception.

If we put aside the feelings we all have on abortion, I think we can agree that this maneuver is odious.

Andrew Jackson believed that the people of the United States were the final authority on any issue. He went so far as to argue that federal judges should be elected and that the Electoral College be eliminated. He definitely believed that once the people spoke on an issue, the decision was final.

Jackson was wrong about a lot of things, but he was never more right about anything than the meaning of republicanism. Under our form of government, whether certain interest groups like it or not, once the people have spoken on an issue, it is decided. Recently, however, a radical minority of Republicans has brought our entire concept of government under fire. Whether it was the various legal attempts to invalidate the 2008 election of Barack Obama through the courts or the decision to play legislative chicken with the nation's credit-card bills, this radical minority has cared little for the will of the majority.

The issue of personhood, which has never in the history of the United States been considered prior to the last few years, is the newest front in the attack on republicanism. Whether or not we support abortion, I certainly hope all Americans support a republican form of government. In fact, the document that the radical minority cites so often, the Constitution, guarantees it.

For what it's worth, the Constitution says nothing about abortion, because no one opposed it in 1787. The Founding Fathers believed abortion was acceptable until a woman could feel the child moving in her womb. Thankfully, Gipson and Fillingane are a lot smarter than George Washington and Benjamin Franklin.

Sure, Gipson will claim that his proposed amendment is substantially different from the one soundly rejected by voters in November. He is wrong. The proposed amendment contains several additional clauses, none of which would effectively address the fundamental issues in the original. Local police will still be forced to investigate every miscarriage to determine if it was truly "unintended," and zealous prosecutors looking to make themselves stars in the radical wing of the Republican Party will surely prosecute.

The newly proposed amendments are nothing more than an insult to the educated and well-intentioned voters of Mississippi. Requiring another vote on an issue that was already soundly defeated is a clear attempt to subvert the sacrosanct will of the electorate. It seems that Andy Gipson and Joey Fillingane want to replace that will with their own.

As we've seen at the hearings on birth control held recently in the U.S. House of Representatives, the voices of women have been excluded. Why would these men continue to add fire to the war on women that the radical wing of the Republican Party is pushing?

I, for one, am certain that it comes down to dominance. For reasons I cannot understand, the thought of independent women frighten these men—and the radical minority they represent. Perhaps it stems from their religious beliefs. I will likely never know, but wherever it comes from, it is a 19th-century belief that must be purged.

We live in a world where a woman is the U.S. secretary of state, where women sit on the Supreme Court and run Fortune 500 companies. They sure as hell can choose their method of birth control.

I hope Andy Gipson and Joey Fillingane are willing to engage in an open and fair conversation about these issues. After all, they are obviously smarter men than George Washington, Benjamin Franklin and Andrew Jackson. What can they have to fear by addressing the women of Mississippi?

Brian McGowan is an assistant professor of history at a local college. Contrary to popular opinion, he moved to Mississippi from his home state of New Jersey because of the weather, not Snooki.