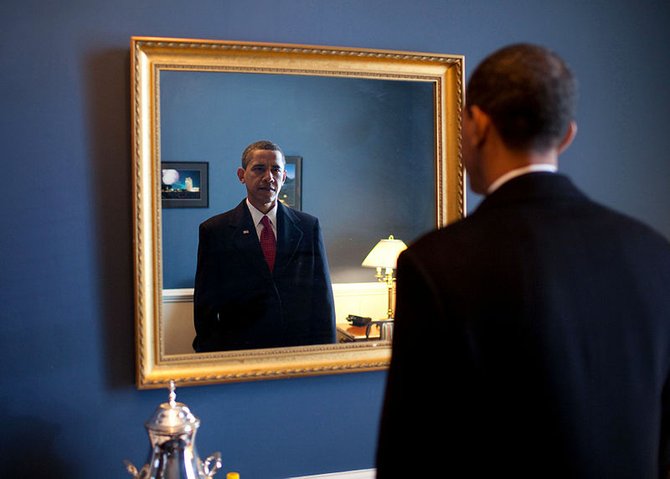 President-elect Barack Obama, moments before being sworn in as President of the United States. January 20, 2009. Official White House Photograph by Pete Souza. Photo by Pete Souza

As we wait for the Supreme Court to issue its verdict on the health-care reform law, we rounded up some of the most revealing reporting on the issues. They're grouped roughly into articles on high costs and those on insurance.

The article that President Obama made required reading: Atul Gawande's 2009 piece explores why health-care costs in McAllen, Texas, were higher than almost anywhere else in America. Its citizens weren't sicker, nor its facilities much better. He concluded that "across-the-board overuse of medicine" was the best explanation for spiraling costs.

One Medicare database, which contains records of every payment the program makes, is "widely considered the single best source of information on the U.S. health-care system." Yet, thanks to successful lawsuit more than three decades ago by the American Medical Association, this "powerful tool" for sniffing out fraud and abuse can't be accessed by average citizens. Doctors' names 2014 and the payments to doctors 2014 are blocked from public view.

Studying different medical treatments to see which is most effective may sound like an obvious and promising way to stem America's rising health-care costs. That's why the government is now pushing the idea. But the solution is not so simple.

Shell companies have scammed Medicare out of hundreds of millions of dollars, but exactly how much, and how often, isn't clear. Medicare doesn't have sufficient resources for targeting fraud. Overall in 2010, Medicare lost nearly 10 percent of total payouts, or $48 billion, to "improper payments."

Another Gawande gem: Could we lower medical costs by focusing on better care for the neediest patients? The tactic worked on New York City crime, and several pioneering programs suggest similar tactics could positively affect our health-care system. (Bonus: Follow the "Surgeon, Writer, Researcher, Dilettante" on Twitter for quality updates on health-care reform.)

Health-Care History: How the Patchwork Coverage Came To Be, Los Angeles Times, February 2012

America's health-care system, with its emphasis on employer-provided health insurance, is something of an anomaly. (In most countries, the government collects taxes and offers health coverage to everyone.) This article traces the history of how our system came to be, from WWII-era factories to President Lyndon Johnson's passage of Medicare and Medicaid to Obamacare.

Nearly 10 million poor, elderly Americans qualify for both Medicare and Medicaid. Treatment for these double-counted patients is often expensive. And as the two programs squabble over which should pay, the patients themselves often end up without proper care.

How Insurers Reject You, Slate, February 2010

This dissection of BlueCross BlueShield of Texas' 2009 coverage guidelines offers a peek at what underwriters consider when deciding who may and may not purchase a policy. In this case, any of 143 diseases triggers an automatic rejection.

Fortis, now known as Assurant Health, was the first insurance company to single out and systematically revoke the policies of people with HIV, often "on erroneous information, the flimsiest of evidence, or for no good reason." Insurers say the fairly common practice of "rescission," or revoking policies shortly after issuance, helps them keep premiums down. But regulators and investigators say most cases lack a good reason for cancellation.