Is Today Opposite Day? 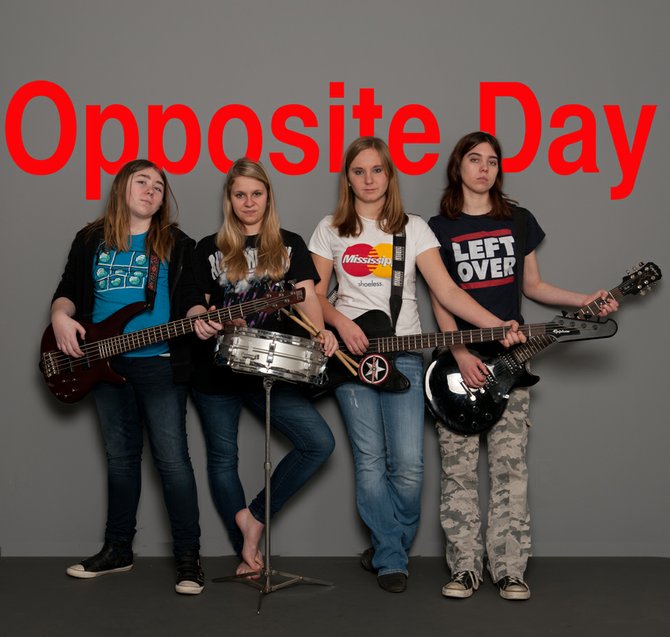 Some members of Opposite Day are playing Chick Ball.

The members of Opposite Day will be the youngest people at this year's JFP Chick Ball. Sisters Griffin Jones, 15, on guitar and Beth Ann Jones, 12, on bass front the band that features their dad, Spencer Jones, on the drums. The Jones sisters have been performing together for about a year now.