The Shooting in My Aurora | Jackson Free Press | Jackson, MS

The Shooting in My Aurora 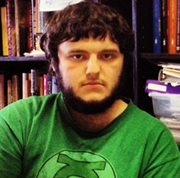 Growing up in Denver and Aurora as I did, the Aurora Century 16 Theater is one I've been to on many occasions. My memories of movie going are often linked closely with Century 16, and it's the place that comes to mind first when I think "movie theater." It was especially painful today to learn that the theater was host to the most costly shooting in Colorado history and eerie to think what happened in my home town.

Police arrested James Holmes, a man in his 20s. Reports say he walked into a midnight screening of "The Dark Knight Rises" and tossing two teargas grenades, then opening fire on the audience. Ten people were shot dead in the theater, two more have died in area hospitals, and about 50 people are injured. The victims were not only adults but children as well; the gunman fired randomly into the panicked crowd. Some bullets even penetrated the walls and injured people in adjacent theaters.

The eyewitness accounts are chilling, describing the man silently and calmly walking in through the emergency exit, clad in a bulletproof vest and a gas mask. He waited for the gas grenades to explode, firing one shot into the air, and then opening fire on the audience. When the incident concluded, police found Holmes in the parking lot next to his car. He had explosives, an assault rifle, and two handguns on him. Holmes told police he had more explosives at his home, which prompted authorities to evacuate his entire apartment complex. No motive has yet been released by police, but the FBI does not believe the gunman was linked to any terrorist organizations.

It's been 13 years since the infamous Columbine High School shooting that rocked Colorado in the '90s, and only five years since a gunman went on a shooting spree in two churches. Just two years ago a girl was shot in the back and paralyzed outside Aurora Central High school, which wasn't even that school's first tragedy. Even the mall adjacent to the theater where the shooting took place last night has suffered from shootings of its own.

Colorado has a long, sordid past with gun violence that seems to be headed down an ever-darkening path. The problem is getting worse all the time, incidents happening more frequently when they should have been prevented long before. Columbine was really only the beginning for the nightmare that has plagued Colorado.

Already this act of violence has sparked up the gun debate yet again. Getting a gun is fairly easy in Colorado; it's easy to get a gun most anywhere in America today. Everything about our culture seems centered on war and guns. Gun proponents say we need more guns to protect ourselves, but would more people with guns have changed what happened last night?

The massacre would have likely turned into a massive shootout, with even more dead and injured, because gun owners aren't some sort of heroes. We have a romanticized image of a citizen with a gun saving the day and ending the violence by taking out a criminal by surprise. But in a real firefight, your average Joe is not going to be able to keep his cool. There's a reason it takes extensive training for our police and soldiers to do what they do; there's a reason we trust them with our fighting, and there's a reason shootings like this happen so often in America.

James Holmes, if he is truly the gunman, was a deeply troubled individual. He is obviously mentally ill and should never have been able to obtain a handgun, let alone an assault rifle and explosives. The ease at which this man was able to obtain all the weaponry he needed for a massacre is unprecedented, and the fact that our system failed to raise any red flags along the way is a testament to how insane our lack of gun control is.

It's easy to look at this from the outside, to look at what went wrong and what happened. It's almost commonplace now for a gunman to go on a rampage somewhere in America. When it happens in a place you know, to people you might see every day, and so often, it goes from hypothetical and disconnected to grim reality. This kind of violence happens too much in America, and far too often in Colorado.

Columbine was a long time ago, and this shooting is a sobering reminder to the people of Colorado—and all of America—that gun violence is not just going away. We have to stop it.

Dylan Irby is an editorial intern with the Jackson Free Press. He lives in Aurora, Colo., and is in Jackson this summer staying with his dad.