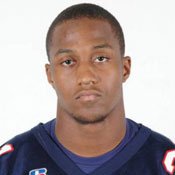 On Feb. 19, 2010, Ole Miss football walk-on Bennie Abram took the field along with a silent and deadly killer. Abram collapsed twice during conditioning drills at the school's indoor practice facility. Rushed to the hospital, the 20-year-old died a few hours later. Autopsy reports showed that sickle cell trait contributed to his death.

Sickle cell anemia, aka sickle cell disease or rhabdomyolsis, is an inherited blood disorder where red blood cells take the shape of a sickle or quarter moon. These "sickled" cells release only a limited amount of oxygen into the blood stream, which can cause the heart to go into arrhythmia. In arrhythmia, the heart does not beat properly and cannot circulate blood. It can cause sudden death.

People with African, Middle Eastern, Indian, some Eastern Mediterranean and some Latin American ancestry are more likely to inherit the gene that causes the disease. The gene inherited from both parents causes the full disease; having only one parent with the abnormal gene results in the sickle-cell trait.

As the third leading cause of sudden death in athletes (cardiovascular disease is first; abnormal arteries is second), the sickle-cell trait poses a major threat to individuals participating in sports, especially as many athletes are unaware that they are plagued with the trait. It is this unawareness that is creating problems for coaches and athletic trainers.

Sickling generally occurs at the onset of practice or training as a result of sudden exertion. Athletes may feel a sensation of cramping in their backs or legs, but with no muscle tightness. They may also experience extreme fatigue and shortness of breath. Coaches and players often dismiss the symptoms, attributing them to "being out of shape." They often ignore the warning signs.

"All kids in all 50 states born in a hospital are tested for the sickle-cell trait, but many parents can't remember if their children carry the trait," he said, adding that most parents and athletes have no idea of the traits' potential complications.

The threat has become so problematic that the NCAA is taking steps to protect its athletes. As of 2010, all NCAA Division I and Division II schools must test their athletes for the sickle cell anemia trait. The member school is responsible for the cost of the test. College athletes must submit to the test, or sign a waiver before participating in tryouts.

High school players are not as lucky.

Wilkinson said that on the state level, funding is not available to cover the cost of the large number of athletes who would need to be tested. The Mississippi High School Athletics Association added a question on its state-approved physical form requiring parents to disclose if the athlete carries the trait, but more needs to be done.

"Again, the form isn't always accurate because many parents don't remember," he said.

Athletes with the trait should not be disqualified from play because minor precautions can create sufficient safety, the National Association of Athletic Trainers stated in 2007. The organization created a task force the same year to raise awareness. NAAT provided recommendations for coaches who have players with the trait. It also suggested that athletes become aware of whether they carry the trait and get educated on the symptoms. The guidelines urge athletes to gradually increase training, to immediately stop at the onset of symptoms, and to stay in shape all year.

The MHSAA encourages coaches to ask parents whether their children carry the trait.

"It's an awareness issue," Wilkinson said. "We must make coaches, parents and players aware of how to recognize (sickling) and keep it from being serious."

Bennie Abram's family filed a lawsuit in May against the University of Mississippi and the NCAA, among others, alleging Ole Miss Athletics did not tell Abram that he had the trait after doctors discovered it in initial blood tests. The suit claims the team violated NCAA guidelines in handling Abrams collapse.

The family has a history of sickle cell trait, Bennie Abram Jr., told The Clarion-Ledger last May, but they never discussed it. "I didn't really know something this serious could happen because of it," he said.