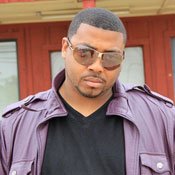 Ryan "RedBoi" Lewis produces music for the stars from his Jackson studio.

Ryan "RedBoi" Lewis leans back in his chair, strikes a key on his computer keyboard, and a monitor flickers. Lights come on everywhere in the recording studio that is in his Jackson home. His 16-by-14-foot space is full of professional mix boards and wireless microphones. He spends about 12 hours a day in this studio, working every day. RedBoi rarely uses Auto-Tunes, technology that corrects pitch in vocals. He prefers to develop original material.

"If you listen to my music, you'll know it's different because I produce, mix and record all of my music myself," he says. RedBoi produces his music from start to finish. He engineers the music, sings lead vocal and background, and provides final editing for many radio-aired songs.

His Jackson-based production company, RedBoi Entertainment, has worked with several artists including Yo-Gotti, 8Ball and MJG, Bun B and Monta Ellis. RedBoi also has produced an unreleased song with Jamie Foxx titled "Love Hangover." RedBoi says artists come to him because he delivers music that sounds good with each beat.

From age 6, he loved beats and keyboards. He liked listening to old songs, changing the words and tempo with whatever he could find. RedBoi never took any music lessons, yet he can play piano, keyboard, drums and guitar by ear. He also taught himself to read music.

In April 2010, he moved to Alameda, Calif. While he was there, he made a lot of music connections and started networking with producers. He moved back to Jackson in August 2011, because he loves his hometown and missed that southern feeling, he says.

Growing up, he listened to all genres of music from the vocal-box sound of Zapp and Roger to the classic Elvis Presley mainstream hits. His family influenced the music he heard. Artists who inspire him today are those who can perform as well as sing such as Tyrese, Jamie Foxx and Ace Hood. RedBoi says he would love to work with Anthony Hamilton and Jazmine Sullivan.

"Music is my life—all I've known," RedBoi says. "To do it and get paid—what's better?"