Jackson Failing at Health for Women 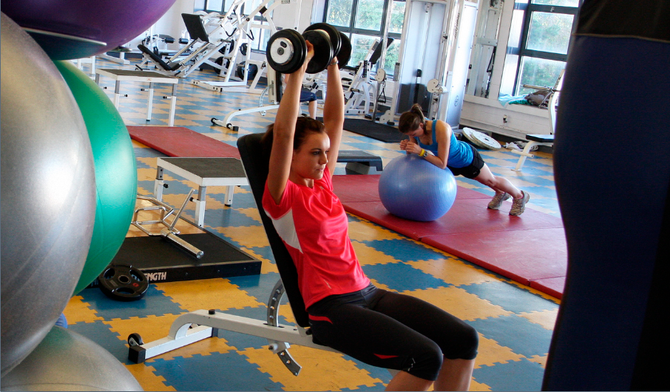 Looking at health comprehensively, rather than singling out weight or diet, is important to achieve long-term results. Photo by Screenshot, self.com

Last month, Self magazine’s website revealed its ranking of the healthiest U.S. cities for women. A panel of experts considered 58 criteria, including factors such as access to health care, rates of disease, prevalence of good habits versus poor ones, environment, community measures, allergies, life expectancy, crime rates and more (see jfp.ms/selfhealth).

Unsurprisingly, many of the lower-ranked cities were in the South. The healthiest cities tend to hug the west coast, the northeast coast (Baltimore, Md., and above) and the mid-north (the Dakotas to Wisconsin). Six of the top 18 fell in California, with San Jose named the healthiest city. Jackson fell between Tulsa, Okla., (the least healthy city in the country as ranked by Self) and Detroit, Mich.

It’s important to consider that the rankings are not solely based on obesity rate, weight distribution or exercise habits—although those are all vital factors—but on a more comprehensive view of what it means to be healthy. Many times, when Mississippi’s failing health is discussed, it focuses on obesity rates, or perhaps the health-care system. But this study included physical, mental, reproductive and emotional health, in addition to habits and outside factors. It is a much more interconnected view of women’s health in Jackson than what we often see.

Cities that received kudos for their healthy aspects included San Francisco, where many women bike to work; Honolulu, which has a very low number of fast-food restaurants; Santa Ana, Calif., where women have the lowest rates of depression; Minneapolis, Minn., where women cite high friend support; Fargo, N.D., for its low stress levels; and Portland, Maine, for its clean air and organic food.

Although the study is by no means the final word on women’s wellbeing, it is a good reminder that health isn’t something you do for an hour or a day. It is an aspect of life that wavers and fluctuates throughout life. It is something to be worked at all the time.

What We Can Learn:

• Find a workout buddy or group. Many of the highest-ranked cities have a culture of exercise—it’s a lot harder to blow off your daily sweat session when you see others making time for it and seeing results.

• What is good for one is often good for the whole community. Case in point: Smoking is bad for one set of lungs, but also lessens the air quality for everyone.

• Don’t forget the little things. The study even considered factors such as seat-belt use. What’s the point in having abs of steel if you don’t protect their safety?

• Remember that health is interconnected. Someone who is feeling depressed is much less likely to get out and exercise, and someone who is highly stressed is more likely to grab greasy fast food rather than take the time to track down a healthier option. If you start to slip in one area, be extra conscious of other factors that may be affected as well.

• Start somewhere, anywhere. The hardest step is the first, so choose just one area and work on becoming healthier in it—take a walk in the evening or try to incorporate something green in every meal.

• Be aware of long-term effects. The study took into consideration rates of sunscreen use and binge drinking, among others. Both are factors where the damage builds up over time, so work to develop good habits.

• Consult experts. Talk to a doctor about any concerns, and get help putting together the right mix of fitness, diet and habits for you.

• Treat yourself. Being healthy doesn’t have to mean thinking about and worrying if you are doing the right things all the time. Developing good long-term habits is more important than doing everything perfectly in the short term.