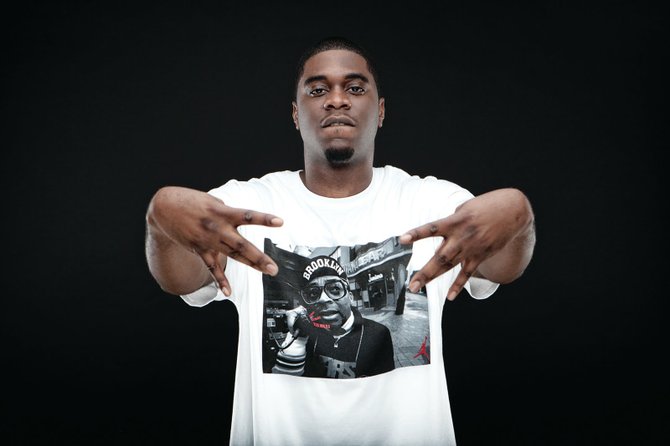 Big K.R.I.T., or King Remembered In Time, brings an indie approach to a big-name label.

Speaking with Justin Scott, aka Big K.R.I.T., left me with more questions than I began with. His speech flowed as smoothly as his rhymes while he did his best to convey the message that he has lived by for years: live transparently. The credo is evident in his music, especially in songs like "The Vent." The 25-year-old is quickly making a name for himself in the hip-hop community, but he credits his success more to prayer than money and charisma.

As a result, his fan base is made of people with a wide variety of backgrounds. They're not just looking for the next party anthem, though K.R.I.T. has a couple of those as well (like "Country Sh*t" and "I Got This").

A native of Meridian who moved to Atlanta, Ga., to get involved in its hip-hop scene, K.R.I.T. makes music that is decidedly southern, but he also ventures into some unfamiliar territory. He uses washed-out synths at a level that southern hip-hop hasn't seen since Outkast, circa 1999. His introspective songs tend to go beyond the thinly veiled self-congratulatory public-relations campaigns of most rappers, and end up somewhere closer to self-deprecating.

K. R.I.T. says he is just trying to express himself and stay honest in the process. "I'm just writing about my life and trying to reflect who I am," he says.

He explains that social media has enabled artists like him to take creative control of their work instead of handing it over to a producer or constantly having to worry about whether the label approves of an album based on its mainstream appeal.

The thing that nobody seems to point out is that Big K.R.I.T. is operating as an independent artist, writing and producing the music, but he is also part of the institution Def Jam Recordings, which claims the likes of Kanye West, Ludacris and Rihanna. But as one of the label's recent additions, Big K.R.I.T. is among just a couple of young artists in the hip-hop and R&B scenes (such as Frank Ocean, also from Def Jam) who are able to maintain an underground appeal as they gather a mainstream following.

Despite his big-name connections, K.R.I.T. plans on just one thing; he's going to keep doing exactly what he's been doing—writing music that represents who he is. As it turns out, he's a pretty regular guy. "I'm not a saint," he says, and this attitude may explain why he appeals to so many different people.

K. R.I.T. gets that his listeners are dealing with what it means to be a human being. His name says it all—King Remembered In Time. He doesn't just assume that you'll love him, but he's going to let you get to know him, and it's going to take some time, but you won't forget him.