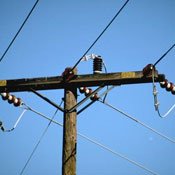 As fall approaches, working-class families find themselves struggling with rising energy costs that consume an ever-larger percentage of their disposable income. As the decades roll by, it seems that more and more of our paychecks are required just to keep the lights on, the car running and the house warm in winter.

Unfortunately, our national leadership appears increasingly unresponsive to the tectonic changes affecting the middle class. The solutions to problems always seem to follow the gambler's desperate strategy of doubling down on the current bet to make up for previous losses.

The current energy proposal coming out of Washington follows this same losing strategy. The administration's Clean Energy Standard, now under discussion in the Beltway, looks to be the only major energy legislation to be worked before the next national election. It contains even more funds for the three dirtiest fuel sources; natural gas, coal and oil development. It commits Americans to the same bundle of fossil fuel resources, which are increasingly expensive, difficult to extract and costly to clean up.

Most egregious is the attempt to sell the public the same set of fuels as clean, via new miraculous technologies. Carbon capture from coal-powered electricity is still largely unproven and not enacted. Oil development always carries risks of spills similar to the BP gulf disaster and Yellowstone pipeline spill.

Technological innovation has done nothing to prevent these accidents. The Yellowstone spill alone is assessed to cost more than $42 million to clean up, and has led to more than 100 damage claims from local residents.  The cleanup efforts only found and removed 1 percent of 420,000 gallons spilled. The rest will remain in the environment, affecting local wildlife, ranchers and farmers until natural systems break the hydrocarbons down. It seems that doubling down on bad energy ideas knows no end.

Consider the ongoing debate on the Keystone XL pipeline, which is projected to stretch 2,000 miles from Alberta, Canada, to Texas. TransCanada, the company touting the pipeline, already admits it expects 11 "significant spills" to occur along its route during the next 50 years. That's a significant spill every 4 1/2 years for the next half century. Technology does not make dirty fuel sources clean and safe.

Likewise, the continued investment in nuclear power is stunning in light of the ongoing disaster at the Fukushima Daiichi nuclear plant in Japan. In late summer, a Japanese official said that residents might not be able to return to their homes within the exclusion zone "for decades." If so, Japanese towns like Okuma and Futaba will join Chernobyl in the history books as radioactive ghost towns.

The commitment to continued nuclear investment in the United States is even more outrageous considering the danger to operations from increasingly recurring "once in a lifetime disasters." Flooding in the Midwest required sandbagging efforts at the Fort Calhoun Nuclear plant in June, and Hurricane Irene prompted the shutdown of the Oyster Creek Nuclear plant in New Jersey. Neither plant experienced enough damage to affect public safety, but the continued effects of natural disasters causing the shutdown of U.S. plants highlight the potential for disaster.

So as fall approaches, let's consider some actions that deal with our rising energy costs while not pushing the same failed strategies. Renewable energy sources continue to drop in price and rise in efficiency. They could provide good paying jobs to a public at 9 percent unemployment. Other countries are massively investing in these industries, but U.S. leadership seems devoted to pushing the same ineffective game plan. America can do better, should do better and needs to do better if we want to resolve the energy and unemployment predicament facing millions of Americans.

Hopkins is an energy and security analyst at the nonprofit and nonpartisan Civil Society Institute.

Is this a Solyndra PR piece?

Robbie: This is a column, about energy. It mentions neither solar energy nor Solyndra. (Granted, the word "renewable" is in there.) It's composed of words... did you try looking at those?

Are we a little on edge today? I'll make sure all my future comments are super serial.

Are we a little on edge today? Just answering snark with snark. I'll make sure all my future comments are super serial. Well, then, my work on this planet is done.