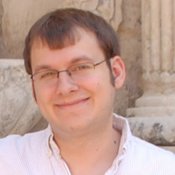 Last week, David Guyott won the Best Paper award at Millsaps College's Arts and Letters Student Research Symposium. This is his second year to win the award. Originally from Schertz, Texas, Guyott, 21, is a senior Spanish and English double major at Millsaps.

"It wasn't the most amazing paper I've ever written," Guyott says. "They might've been impressed that it was in Spanish."

In his research paper, Guyott argues against most critics who say that the sixth and last stanzas of Antonio Machado's poem, "Campos de Soria" don't fit with the rest of the poem and aren't as well-written. He asserts that the poem is unified based on the historical context of the poem.

The Best Paper awards aren't Guyott's first time being recognized at Millsaps. Within the past few years, he also was awarded a Ford Fellowship, a National Leadership Honorary, Bellaman Award for creative writing, Dora Lynch Hanley Award for Distinguished Writing and Albert Godfrey Sanders award in Spanish and a scholarship from Sigma Phi Delta, the English Honor Society.

Guyott stays busy. He acted in Theater Department and Independent Theater Group plays. Last year, he was editor-in-chief of Stylus, the school's literary magazine. Last summer, he interned with University Press of Mississippi. He is a writing tutor and a Spanish tutor at Millsaps.

Guyott is applying for a Fulbright Award to teach in Argentina in the fall.