What Happened to Gloomy Predictions? 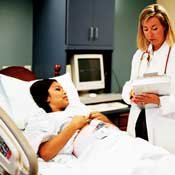 Economic reports show that most job growth in our country this year has come from small-and medium-size businesses. That trend will only accelerate, according to the recently released Small Business Index from the Center for Excellence in Service at the University of Maryland's Robert H. Smith School of Business.

Nearly 3.8 million new jobs will be created by small businesses with fewer than 100 employees in 2011, says the report. That will be enough alone to lower the U.S. unemployment rate by 2.4 percent. The survey, conducted in January, also found that only 2 percent of small businesses planned to lay off workers.

This is not what opponents of health-care reform told us would happen if Congress passed the Affordable Care Act. They warned us strenuously before the ACA became law March 23 of last year that small businesses would not only stop hiring out of fear of the future but would begin laying off workers because of anticipated new taxes, fees and health-insurance mandates under the ACA. Small businesses also were supposed to start dropping health insurance because the ACA would drive up premiums. These dire predictions continued right up until last year's November elections.

Fortunately, the gloom and doomers were wrong. Those of us who supported the ACA have tried valiantly to put out more realistic predictions about how the ACA was going to help small businesses. There will not be new taxes, fees or health-insurance mandates for small businesses with 50 or fewer employees (approximately 96 percent of all businesses). However, most of the mainstream media preferred to report on the negative tea-reading.

But now the good news for small business is rolling in and the positive future effect of the now 1-year-old ACA is becoming clear.

More than four million U.S. small businesses with fewer than 25 employees are eligible to receive health-insurance tax credits under the ACA. That's 87.3 percent of all small businesses in the country that the ACA can help by making health insurance more affordable.

As for the ACA dramatically increasing the cost of health insurance, a senior vice president at Harvard Pilgrim says that the federal law has only increased premiums by 1 percent.

The ACA is helping small-business owners who have been locked out of health insurance because of their own pre-existing condition. Right now, these entrepreneurs are eligible for affordable coverage from new high-risk pools established under the ACA.

This year, the ACA is requiring that at least 80 percent of every premium dollar being paid in small group health insurance plans is actually paying for medical costs -- not marketing, CEO salaries or profit. If not, the policyholder is owed a refund.

These benefits for small business are in place now.

Today, small businesses are paying as much as 18 percent higher premiums than big businesses. This is a result of higher administration costs for small groups. In 2014, this extra cost is eliminated, so small-business employees, along with individuals, will be able to purchase their coverage from the new health insurance exchanges in each state.

And because no one will be denied health insurance because of a pre-existing condition, aspiring entrepreneurs will no longer be locked into a job because of health-insurance benefits. As a result, ranks of small businesses should expand.

The one-year anniversary of the ACA is truly something small businesses should celebrate for what it has already done.  The future will be even better.

Knapp is president and CEO of The South Carolina Small Business Chamber of Commerce and serves on the steering committee for the American Sustainable Business Council.