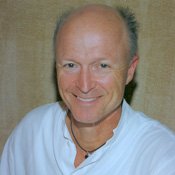 Ask a lot of folks around town—and out-of-towners, too—and they'll tell you one of the coolest things about Jackson is the Rainbow Natural Grocery Cooperative. Started as a buying club by a group of Jackson folks in the late 1970s on North West Street, it eventually evolved and grew into the groovy place that we all know and love now in the Fondren neighborhood.

By the time I arrived on the scene, in 1983, it was a storefront behind the Dutch Bar on Northview Drive. I ate lunch at the High Noon Café, located inside the Rainbow, every day during the week. I was a vegetarian for eight years during which time I lost 15 pounds of core body weight (not fat). Thursday was seaside cakes day (it's now Friday). They're made with tofu instead of fish and have a fantastic delicate flavor that makes them easy to gobble up. Throw in the vegan tartar sauce and they make for my favorite lunch at High Noon. The menu also offered vegetarian chili then, along with variations of vegetarian "hamburgers."

I loved the whole deal. I shopped at Rainbow and became friends with the people who ran the place. I was starting my business, a dental practice, at the same time, and the business model they were following intrigued me. They offered something to the community that, for Mississippi, was ahead of its time. Locally grown organic produce, and bulk foods grown and maintained without preservatives or pesticides. As a co-operative, the people who shop and work there also own the store.

I loved the store's commitment to organic foods. The store did not use chemical pesticide sprays to control insects, and they still don't. Larry, the bulk foods manager back then, went through the bulk food bins looking for individual pests every moment of every day. Sometimes, in a nod to nonviolence, he didn't "eliminate" bugs, but merely removed them from the store. At that time, the store was also strictly vegetarian and carried no animal products. All of this was overseen by a board of directors who met on the first Tuesday of every month.

As they still do, Rainbow holds an annual picnic at which time the co-op members elect the new slate of board members. In the fall of 1984, members elected me to the board at the annual picnic. I had attended my first meeting in August of that year.

Rainbow's board of directors was a little different. The president, Bill, had a speech impediment and took a long time to get anything out. While the other 11 members waited patiently, I was anxious and dying to get to the end. I wanted to hear what he was trying to say. It turned out that the store was losing money, and the board members were thinking about shutting the place down. I was stunned. Here I was at my first, and maybe last, board meeting.

All of us loved the place, though, and we began a discussion about what could be done. As the meeting wore on, I could see that my fellow board members didn't realize that the store wasn't mainstream enough for, say, my mother to shop there.

At the time, the store was decorated with eastern religion kinds of stuff, including posters promoting meditation meetings depicting Maharishi Mahesh Yogi, who developed the transcendental meditation technique. You could also find what can only be described as left-wing political posters. Also, the staff looked like they had come straight from a punk rock concert in south London, replete with face piercings, tattoos and orange spike haircuts. No one wore a nametag. My mother would definitely not feel comfortable at Rainbow circa 1984.

At last someone asked me what I thought. I suggested that we had to make the place look and feel as much like a regular grocery store as possible. No religious or political statements on the walls, and the staff had to tone it down and wear nametags.

Plus, I thought we should start a newsletter and send it out monthly to co-op members. I also suggested a monthly potluck dinner to promote and teach healthier diets and lifestyles to prospective members.

The rest is Jackson history. Everyone pitched in, made the changes we agreed on, and month-by-month, sales picked up and then took off. We were definitely on to something.

The next time you go into Rainbow Natural Grocery Cooperative or High Noon Café, be grateful, because they almost disappeared. It was a close call. Remember the founders—Blue King, Janie and Neil Strickland, Bill Rusk, Fletcher Cox, Larry Jackson and others—for their dream and total commitment to a vision of a healthier food source for all of us.

Roger Parkes was raised in Jackson and graduated from St. Joseph High School. He has been a periodontist in Jackson since 1983. He has special interests in nutrition and lifestyle choices and lives in Fondren where he is active in making his community a better place to live.